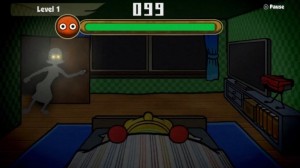 The WarioWare series is one of Nintendo’s secret weapons. It’s never had the mainstream appeal of Mario or Zelda, nor does it have their depth, but in many ways, it’s as purely fun as anything Nintendo has made. The winning formula is simple: play a series of seconds-long micro-games in rapid-fire succession, each of them being as simple as a button press or two, but each one containing its own gimmick and sense of humor as to be sure the player is left with a goofy grin when all is done.

So when Game & Wario promises to take those micro-games, and expand them into something bigger, it sounds enticing. If WarioWare is as delicious as a main course as it is an appetizer, than it should be quite a satisfying feast.

It should be, or so it seems on paper. But it isn’t.

Game & Wario’s main issue isn’t that it’s innately broken, but that its execution feels hollow. Whereas WarioWare houses hundreds of little bite-size pieces of fun and game design brilliance, Game & Wario’s mini-games feel empty. The games are bigger, but stretched too thin, and clocking in at only sixteen games, their just aren’t enough of them to make up for the lack of creative spark.

Some games provide good entertainment: Arrow is a simple tower defense-style game where the Wii U Gamepad is used as a bow and arrow to fight off invading robots, and Kung Fu is a plat former in which the character can’t stop jumping, with the Gamepad screen providing a different view of the stage than what’s displayed on your TV, with the dual perspective setup being a fun twist on platformers.

These titles may be fun, but simply aren’t deep enough to hold their own, and when the vast majority of the packaged games aren’t half as entertaining, it becomes clear that Game & Wario has a very limited bag of tricks at its disposal.

A skiing game – aptly titled Ski – fails to recapture the replayability of one of the events of Wii Sports. Design, a seemingly simple sketch game that uses the touch screen to draw what’s instructed, feels unresponsive. Four of the games are based around multiplayer, but none of them make for very compelling party games, and considering that’s a field where Nintendo usually excels, it stings all the more. 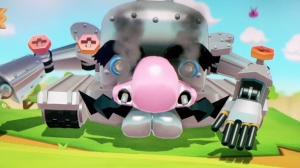