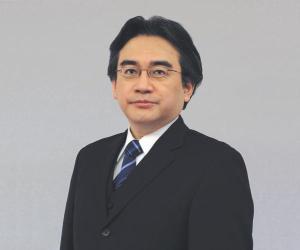 “On my business card, I am a corporate president. In my mind, I am a game designer. But in my heart, I am a gamer.” – Satoru Iwata

On July 11 2015, the gaming world lost a legend, as Satoru Iwata, President and CEO of Nintendo, passed away at the age of 55. The world of video games will never be the same.

Satoru Iwata found his way into the video game industry as a programmer for HAL Labratory, Inc., which saw the rise of a fruitful career that spanned decades working on many beloved games, ultimately leading to Iwata working his way up Nintendo’s ranks to the role of President and CEO.

It was at the top of Nintendo where Iwata made his biggest splash in the gaming world. As Iwata found that video games were becoming too exclusive to who they appealed to, he lead Nintendo in a new direction to make games with a more universal appeal. This lead to the creations of the Nintendo DS and Nintendo Wii, which not only brought an unparalleled success to Nintendo, but also changed people’s overall perception of the video game medium. No longer are they simply a “nerd’s pastime,” now they are recognized as a mainstream hobby.

Iwata would also take an active role in promoting Nintendo’s games to fans, hosting the majority of Nintendo’s “Nintendo Direct” videos as well as his “Iwata Asks” segments, where he would interview game developers as they worked on their newest releases.

Satoru Iwata improved both Nintendo’s image and that of the gaming industry as a whole with his creative directions and leadership. He brought a new attitude and sense of humor to gaming, always willing to make himself the butt of internet jokes in the process.

Although the last few years have seen Nintendo through some financial struggles, the company had still produced numerous great video games under his leadership. Satoru Iwata has left behind a legacy that few in the industry could ever hope to match. He helped bring some joy to the lives of many people. May that joy find its way – directly – back to him.