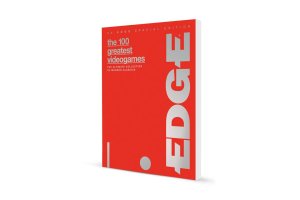 Recently, Edge Magazine did another one of its “Top 100 Video Games of All Time” lists. I believe it was the fourth such list the magazine has done in its twenty-two year history…and also their most disappointing.

I understand that this list was favoring the “most fun games to play today” over historical significance, but even still, the top 100 seems to be more of a “best games from the last couple of years” list – with a handful of classics thrown in to look more knowledgeable – than one that showcases the “modern classics” that it claims itself to be.

One need not look further than the top 10 alone to get an idea of the overall list.

All ten would admittedly be considered solid entries to most people, and while I may not quite hold Dark Souls as the greatest video game ever made, I don’t have a particular gripe with it claiming the top spot. But seeing as the only game in the top five that was released before 2011 is Half-Life 2, and that Tetris is the only 2D title in the top 10, it makes it a little difficult to appreciate this list from an “all time” perspective.

I know, people would use the whole “it’s all just opinions” argument, but considering that my opinion of their opinion is also an opinion, that’s not much of an argument. If this list represented the opinion of a sole individual, there wouldn’t be much, if anything, I could say about it. But when you have a group of professionals making any kind of “definitive” list of a best of anything, there should be some sense of timelessness about it, otherwise it just feels like a spur of the moment thing.

This list got me to thinking of many of the others I’ve seen over the years, and which ones I think hold up over which ones don’t. So I decided to create something of a self-referential top 10 list of the best top 10 best video games ever…lists.

1: The overall consensus of quality or historical importance (depending on what the list was aiming for) of the games listed. So lists that may have favored games that were hot when the list was made, but have fallen out of favor since, aren’t here.

2: The lists involved have to show a sense of variety, but not at the expense of quality titles. So any lists that follow a “one game per franchise” rule aren’t here, since they basically state that no matter how good certain sequels might be, they are left out in favor of a different title that might not be as good for the sake of variety. But that method, by nature, negates the “best of all time” aspect, and is more of a list of games acknowledged as great, as opposed to best.

3: These are all lists compiled by professional magazines, websites, and other such gaming media, created by their editors and staff, as opposed to fan-voted lists or individual people’s personal lists of favorites (which, once again, you can’t really argue with).

4: These top 10s are taken from lists of top 100, 200, and other such numbered lists. But to avoid needlessly driving myself mad, I’m only ranking them based on their top 10. That’s what most people care about, anyway.

Also, keep in mind that I am a sole individual creating this list in question, but I tried my best to not simply pick lists that cater to my personal tastes (though some represented games certainly do). Perhaps some personal bias did sneak in here and there, but I actively tried to avoid making this simply a list of lists that agree with me. This list doesn’t reflect my personal favorites, but I do plan on making my own such list somewhere in the not-too-distant future.