The Oscars have come and gone, and amid all the forced social statements that only served to make the people involved feel important, some good did come out of the event. Mad Max: Fury Road won a bunch of stuff, and Inside Out won Best Animated Feature.

On the downside, Best Animated Feature was the only thing Inside Out was allowed to win, given the Academy’s blatant bias against animated films (diversity!). Lord knows more than a few animated films should have won Best Picture by this point, especially after the turn of the new millennium, when more and more animated films have become more and more sophisticated. It’s also well over due that a director of an animated film gets a Best Director nod, and hell, why not nominate a voice actor if their performance deserves it (in the case of Inside Out, Amy Poehler definitely should have got some recognition). And don’t get me started on why on Earth no animated film has been nominated for Art Direction (shouldn’t they dominate the category?). In short, it would be nice to see animated films win more than their token award and the music/song categories.

With all this said, the Best Animated Feature category, in the fifteen years its been around, has become something special in its own right. Now, the Academy has been sure to stunt it as much as they can, often handing the award out in filler moments and “bathroom break” segments, not to mention in the award’s early years they often had filler nominees (Jimmy Neutron? Shark Tale?!), many great animated films that should have been nominated weren’t (Ponyo, The Secret World of Arrietty, etc.), and not all winners have been deserving (Happy Feet, Brave). But the award has slowly evolved into something meaningful, and even with all the missteps in its early years, it has greatly boosted the efforts of animation over the last decade and a half.

So while there’s still some work to be done, a lot of good has come out of the Best Animated Feature Oscar. Notably, it has allowed for certain types of films to be nominated (and win) awards that the other, more live-action-y awards would never allow.

Without further rambling, here are five reasons why the Best Animated Feature Oscar is not only great, but even manages to outdo the live-action awards present at the show, including Best Picture.

While the Academy Awards often seem to have some kind of allergy towards movies that make money, no matter how good they might be (note that The Force Awakens didn’t win a single award), the Best Animated Feature Oscar is apparently immune to this particular bias. A number of winners have all been huge box office successes, with Toy Story 3 and Frozen both being billion-dollar movies. Not every movie that makes a lot of money is great, but there have been plenty of films that are both quality movies and financial successes, and it seems too often the latter prevents certain films from winning anything, so it’s nice that at least one award has the door open for movies that people actually cared to see.

4: Foreign films can be nominated… and win! 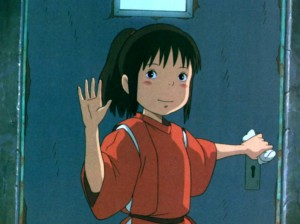 How many times have foreign films been nominated for Best Picture? How many have won? The answer to the former is very few, and the answer to the latter is none. Meanwhile, Best Animated Feature has seen an increasing number of foreign nominees, from earlier years with the likes of The Triplets of Belleville to this year’s award with When Marnie Was There. Notably, the award’s second-ever winner, Spirited Away, hails from Japan. In just fifteen years, the Best Animated Feature award has shown more diversity than Best Picture has in eighty-eight.

3: The winners are actually entertaining 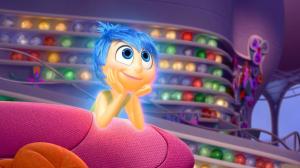 Okay, so this one’s more subjective. Look, there have been a number of entertaining Best Picture winners over the years, but most of them were decades ago. Aside from The Lord of the Rings: The Return of the King, what Best Picture winner since the dawn of the twenty-first century has had any substantial form of re-watchability? Have any others been anything more than that same, particular style of “Oscar movie?” I’m not even saying they’re all bad, but are they the kind of movies you’d be quick to go to when you want to watch a great movie? Some of the nominees maybe (Mad Max), but probably not the winners. The Best Animated Feature award, on the other hand, has provided some highly enjoyable winners, and not just for children. Films such as Spirited Away and Inside Out are incredibly insightful, while still being a whole lot of fun. 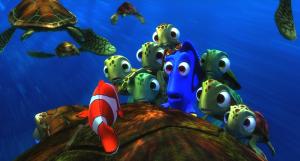 Let’s really think for moment how many recent Best Picture winners will go down in history as all-time classics. Does anyone even bring up Argo or Slumdog Millionaire (movies I enjoyed, by the way) in conversation anymore? Does anyone revere The Hurt Locker or The King’s Speech in the same way they do the classics of yesteryear?

You know what people do remember? The Finding Nemos, Toy Stories, The Incredibles, the Ups, the Spirited Aways, the Frozens, I could go on. Animated films simply have a universal appeal that break age and cultural barriers. More people will openly admit to crying during the first fifteen minutes of Up than they would about any of the recent Best Picture winners. Animated films have a way of leaving an indelible mark on audiences. That’s more than you can say about most the movies the Academy deems Best Picture worthy. 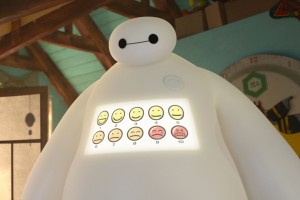 I’ve saved the most obvious for last! The number one reason why the Best Animated Feature Oscar is great is that it allows animated films to actually win something.

Yes, it’s a crying shame that the award has become something of a token, since there’s very little else the Academy seems interested in even thinking about nominating animation, let alone having them win. But as stated previously, the existence of the award itself has encouraged a stronger output of animated features. And because of it, some animated films that many audiences might not otherwise know about (like the aforementioned foreign films, or smaller features like the delightful Song of the Sea), can actually receive some recognition, and may gain an audience or two.

If only the award were given better treatment by the Academy itself. Still, the fact that this award allows animated films, and by extension, all the above categories, to be recognized in any way makes it a showcase for far more versatile and entertaining storytelling than Best Picture has allowed in a very, very long time. If not ever.