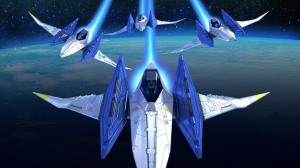 So I’ve beat Star Fox Zero, but I’m going to wait to write a full review until after I play through it a couple more times. Much like Star Fox 64, Zero is an intentionally short rail-shooter that’s meant to be replayed multiple times and aiming for a higher score. And like Star Fox 64, Zero includes multiple paths throughout the game, and even expands on that concept for even more replayability.

I’m just going to say it. On the whole, I love Star Fox Zero. It really is the proper sequel to Star Fox 64 that I’ve waited close to twenty years for. The overall style is still so much fun that you really have to wonder why it took Nintendo so long to get back to the series’ basics.

Now there are two big issues that I should acknowledge before I sing Star Fox Zero’s praises too much: The first are the controls. While the control scheme is far from broken, and in most cases works well enough, switching focus between the television screen and the screen on the Wii U Gamepad can become cumbersome at times. The motion-controlled targeting reticule worked just fine for me, but having to shift your attention between the two screens can grow tedious in the game’s “all-range mode” levels and in certain boss fights. Again, it never feels broken, but I can’t help but feel the control scheme might have been better if the motion controls were as far as the Gamepad features went, and left everything else to a more traditional control scheme.

The other problem is that, at times, the game might be playing things a little too close to Star Fox 64. It should be said that, storywise, this game is in fact a reboot of Star Fox 64 and, by extension, a reboot of the original Star Fox as well. So Star Fox is becoming something of Nintendo’s Spider-Man, where they just hit a reset button on the whole thing when it makes a grave misstep. I actually don’t mind Zero’s nature as a reboot, since I really didn’t care for the directions the series went after 64, so I feel starting fresh was probably the way to go.

The problem with the similarities is when they feel so close that this might as well be an HD update, as opposed to a reboot. A number of character dialogues, environments, and even boss fights are re-used from Star Fox 64 (though at least from what I’ve seen with the recycled boss fights, they have added a new twist or two). It might come off as faithful at the expense of some originality. 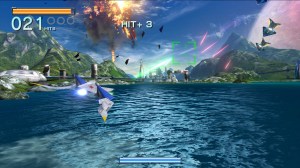 With all that said, Star Fox Zero is ultimately proving to be a very fun game. As stated, it does feel like a proper follow-up to Star Fox 64. That alone is reason enough to celebrate. The level design is well done, the gameplay is kept fresh and varied between stages, the characters remain charming, and the game takes the branching paths concept of the series to new levels, with certain stages even requiring a second go in the same playthrough to unlock alternate routes. Not to mention it looks great and had a memorable soundtrack.

It may be a bit familiar, but I’d be lying if I said I’m not looking forward to my next few playthroughs.