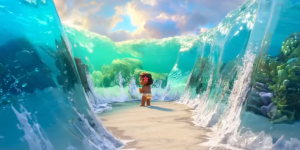 Although I’ve popped out a decent number of reviews for animated films throughout November, as was the plan as said month was dubbed “Animation Month” by yours truly, I didn’t get around to writing everything I wanted on the subject. As such, Animation Month will spill into some of December as well. Hopefully I can get to writing a few more animation reviews, as well as getting to some of those top 5 and 10 lists. Of course, I also have a couple of video game reviews planned, as well as my 2016 Christmas Special.

Sadly, as you probably expected, this also means that my long-long-promised list of favorite video games is delayed once again. I’m not going to give an estimation of when I’ll get to it, since that clearly hasn’t worked thus far. Instead, I’m going to wait until I hit 200 video game reviews (currently at 160), and then start writing it. Once it’s near completion, I will announce when I’ll probably get around publishing it. Hopefully some of my fellow gaming bloggers will still want to make their own lists around that time, as was the original plan. Sorry for the delays. I know this is devastating news for you all. How can life go on?

On a more actually-got-something-done note, I’ve now made a page dedicated to all the animated films I’ve given a perfect and near-perfect score to, similar to the other one I made about the vidya games. Have a look if you want.