Before I get to my opinions of the Switch or its lineup of games, I just want to express how grateful I am that those horrible rumors of a Mario RPG/Rabbids crossover turned out to be false. The idea of Super Mario RPG FINALLY getting a sequel, only to have it defecated upon by the presence of the Rabbids (the most insufferable gaming mascots of all time) was just too much to bear. But it was all nothing but lies and deceit. This is cause for celebration.

Anyway, the Switch looks pretty incredible. I like the different play styles (console, handheld, and tabletop), and the controllers look quite nice. The “differing battery life” seemed like a vague answer to one of everyone’s biggest concerns, but I guess I can worry about that another time. The good definitely outweighed the bad with Nintendo’s presentation (though what, must I ask, was up with the translator? Can someone please buy that man a personality?).

But I’m here to focus on the games, and wow, Nintendo really delivered. It turns out that Splatoon isn’t a port, but a full-on sequel, Splatoon 2! We also saw another new Nintendo IP called ARMS, a 3D fighting game in which the characters all have extendable robot arms (oh, Nintendo).

Then we have Xenoblade 2, a new Shin Megami Tensei, and a new Square-Enix RPG with 16-bit sprite characters in 3D environments tentatively called “Project Octopath Traveller” (who comes up with these names for Square?). Also, Skyrim will finally be making its way to a Nintendo console. So the Switch is certainly showing some strong RPG support. 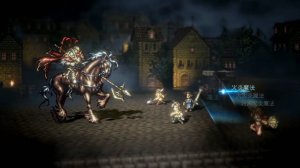 We also got confirmation that Sonic Mania will be heading to the Switch, and Mario Kart 8 will be revamped as Mario Kart 8 Deluxe, and will feature a host of new characters, items and tracks. Most importantly, it will bring back a more traditional Battle Mode. So it could end up being the perfect Mario Kart.

Of course, Nintendo made a big deal about The Legend of Zelda: Breath of the Wild, while conveniently ignoring that it’s still going to be on Wii U as well (I’ll always love you, Wii U). The big news regarding Zelda, however, is that it will indeed hit the Switch at launch.

Surprisingly soon, the Nintendo Switch and The Legend of Zelda: Breath of the Wild will launch on March 3rd. And for a reasonable price at $300 (I don’t remember the price in other regions, and they don’t concern me. I’m a selfish bastard sometimes).

Aside from Zelda, the biggest game featured was Super Mario Odyssey. The brand new 3D Mario title will return to the free-roaming style of Super Mario 64 and Sunshine, and will see Mario traveling to different worlds via some kind of spaceship.

By different worlds, I don’t mean planetoids like in the Galaxy games, but it seems more like different dimensions. One of which is a realistic-looking city with unfortunately realistic-looking people called “New Donk City” (this is bound to be a meme) which features various Donkey Kong references. Another world is some kind of psychedelic food-themed world. Also, Mario’s hat has googly eyes, and he can throw it like Oddjob from Goldfinger and use it as a platform. Also Mario rides a Sphinx.

Yeah, this could be the weirdest Mario game ever. And it looks amazing. Super Mario Odyssey is planned for a release in 2017’s holiday season.

Sheesh, if Nintendo can stick to these release dates, the Switch could be a contender for having the best first year in console history. And combined with all the great games coming to PS4, Xbox One and PC this year, 2017 could be the best year gaming has seen since the unprecedented streak that was 1995-1998.

I am very happy.

9 thoughts on “The Nintendo Switch Hype is Real!”