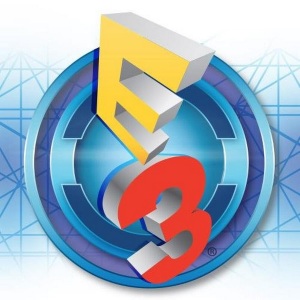 Don’t worry, I have some more reviews coming soon (though I really should hop to them… my backlog is growing by the day). But I’ve been busy preparing for my trip to E3 2017!

This actually won’t be the first time I’ve attended the event, as I ventured to E3 on six past occasions from 2009 to 2014. Unfortunately, I couldn’t keep up with the increasing ticket prices as the years went on. Thankfully for me, this was the year that E3 opened their doors to a more public audience. Though the tickets still came with a bit of a price tag, it was nothing compared to the past.

Of course, the public pass means that I’ll just be attending the show floor, so I’ll just have to watch the presentations form my computer. But I honestly don’t mind. The show floor is where you get to play the games. That’s the good stuff!

But I’m not writing this post to brag, but just to inform people that the majority of my upcoming blogs for the upcoming week+ will probably be focused on E3 happenings, though I’ll still squeeze in some reviews and such, of course.

Obviously, if you want the big news from E3, there are plenty of major gaming sites to go for that. I’m mostly going to write on my perspective of the event, what games I’m most excited for, which ones I have the most fun playing at the show, things of that nature. Think of it like a personal journal of my E3 adventures, as opposed to news reports (again, why would you go to me for news?). I’ll be posting some of my thoughts and opinions on the games at the event both here and at Miketendo64.

I hope you enjoy whatever I end up writing on the event, and hopefully I’ll get to play a lot of cool games while I’m at the show. And yes, Super Mario Odyssey will be the first game I go to.