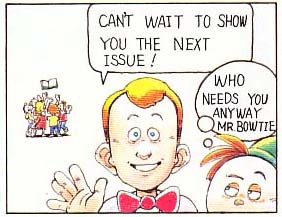 Okay, I’m not going to repeat myself entirely, so I suggest reading my last entry about the two different types of lists I could make. And then come back here and read the rest of this.

Seeing as I’ve played many games that have left some sort of impact on me or another, figuring out ways to narrow them down and pick what goes where can be difficult. And as I’ve stated ad nauseam, this will be the first time I’ve “officially” made such a list and I want to get it right. Yadda yadda yadda.

Though my aforementioned last post about this more or less explained the two different types of list I could make: one focusing on the quality of my favorite games alone dictating their placement, no matter how heavily it may favor a specific series or platform; and another list that can find ways to “cheat,” like placing certain games in a tie or selecting fewer representatives of franchises and such as to make a list that better showcases my more eclectic experience in gaming.

In the last post, I also asked my dear readers if they had any preference in which route I should take. Though the first “quality-only” based list is the type that would usually fit my personality (I’m very much the exceptionalist), there are some perks to the second, “eclectic” list.

If I go with the first option, I will probably keep the list simple at 20 games, composed entirely of 9.5 and 10-scoring games, though it’s possible I could add an additional 10 games (bringing the total to 30. That’s math!) to fit in the rest of the games I’d score similarly, plus a select few 9.0s. The second option would pretty much definitely be 30 games, and may not necessarily include every 9.5 or perfect 10, since they could potentially be condensed (I’ve scored Super Mario World a 10 and Super Mario Bros. 3 a 9.5, and since World outweighs SMB3 in my opinion, World could represent both).

Of course, now that I’m writing this, I find myself favoring the first option more and more. But I still see the benefits of the second option.

So I’ll ask this one more time, and then I promise (more or less) that I’m going to shut up about this until I’m properly making the list: Which route do you think I should take? Now, again, these are my favorite games, and my list, so the final decision is mine and mine alone. But since I’ve had so much trouble compiling this damn thing, I’d figured I’d ask my faithful readers one more time which list they’d prefer, with their input hopefully helping me make a decision.

Option 1: Quality and personal regard above all else (and should it be 20 or 30 titles).

Alright, that’s that. Next time I talk about this, I’ll be in the process of finalizing the list.

What’s that? You think I’m only writing this again because I haven’t written a blog in a week’s time and I needed something to write? Oh, you!