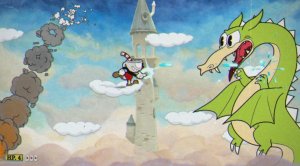 Not every game needs to be difficult. I say this because it seems there’s an ever-increasing trend among the video game community that states a game isn’t good unless it kicks the player’s ass, and that any game that doesn’t prove to be crushingly difficult is automatically bad. But frankly, that mentality seems like little more than gamers (once again) putting on an air of pretentiousness based on their skill at a particular game.

Now, don’t get me wrong, I love a good challenge. A high difficulty curve means that there’s a rewarding sense of accomplishment for overcoming it. I’m an immense fan of the Dark Souls/Bloodborne series, largely because of the huge sense of satisfaction you get when you finally manage to find success after various, crushing defeats. But not every game needs to be that challenging in order to be good.

To use perhaps the most prominent example of a game not needing to be difficult in order to be good, let’s take a look at Kirby. Kirby games are easy. It’s titular hero is gloriously overpowered – being able to steal a wide array of powers from enemies and being capable of flying over most pits – but Kirby is also a character who’s fun to control, the different abilities make for some varied gameplay, and there are fun little ideas scattered throughout Kirby’s adventures that keep things feeling fresh. I can breeze through most Kirby games, but I also don’t think I’ve ever played a bad one. Sure, not every Kirby game is great, but there’s not a Kirby game that exists that I would describe as a bad game.

The ideas that Kirby manages to pull off work so well because they’re well thought out and executed. Rarely are they ever trying to be difficult, but it doesn’t stop them from being fun or creative.

Now, to go to the other end of the spectrum, being difficult doesn’t always benefit a game. Battletoads on NES – while I ultimately think it’s a fun game – often pulls cheap stunts to make the game more difficult (both players can hurt each other), which only end up detracting from the experience. Simply put, if you have to resort to cheap tricks to make things challenging, well, you’re still resorting to cheap tricks.

I know I’ll get some flak for this, but I think a more recent example of a game that would have benefited from toning down the difficulty just a little bit is Cuphead. Don’t get me wrong, overall I thought Cuphead was a great game (I scored it an 8.0 out of 10), but there were a handful of instances where it just felt like the screen was getting bombarded by distractions. This wasn’t much of a problem with the more “bullet hell” bosses, since your character is on a scrolling stage during those fights. With everything moving at a similar pace, it made the onslaught of on-screen objects less of a problem. But in Cuphead’s more traditional run-and-gun platforming bosses, you could often lose track of your character amidst all the hullaballoo. The boss characters on their own were challenging enough, did Cuphead really need to throw in a bunch of bells and whistles on top of them? It just feels like unnecessary padding.

Still though, it seems many people will still cry foul at a game unless it’s excruciatingly difficult. Some are even trying to write Super Mario Odyssey off as being “too easy” (I take it these people haven’t attempted the post-game content). Sure, Odyssey isn’t the most difficult game out there, but its consistently creative and surprising, and always rewarding the player’s curiosity in ways few games can match. No, Odyssey isn’t all that difficult until the post-game, but it’s brilliant in everything it does attempt.

Compare that to Super Mario Bros: The Lost Levels (or the Japanese Super Mario Bros. 2). It’s a decent game, but it’s arguably the only Mario platformer that doesn’t hold up very well, largely because much of its difficulty consists of challenges that are out of the player’s control. The poisonous mushroom, for example, looks strikingly similar to the super mushroom in the game’s original NES release, so anyone who played the original Super Mario Bros. would of course assume it’s a super mushroom. But nope. It kills you. And that’s just the first level! Later levels have gusts of winds taking Mario off-screen, so players have to focus on the momentum of said wind without seeing Mario on the screen in order to make long-distance jumps.

The Lost Levels isn’t a bad game, but there’s a reason Nintendo hasn’t attempted to replicate its difficulty since then. They learned from it, and realized which elements were difficult but fair, and which ones were just kind of BS.

Again, I’m not trying to knock difficult games. I adore Dark Souls and Mega Man, and plenty of other games that stomped all over me before I managed to make a dent in them. But I too often hear people complaining that a game isn’t any good because it didn’t throw them around like the Hulk did to Loki at the end of The Avengers. High difficulty doesn’t mean good, and easy doesn’t mean bad. It’s a lot more complicated than that. It’s the execution of a game’s ideas that count. A game could be difficult for all the wrong reasons, while another game could be easy for all the right ones.

5 thoughts on “The Difficulty Dilemma”