Once upon a time, the convenience of being able to take a game on the go also meant sacrificing much of its quality. Sure, there were some exceptions – with Link’s Awakening and the early Pokemon titles being early examples of well-regarded handheld titles – but it would be hard to argue that the Gameboy boasted the same quality or timeless appeal as the SNES games that were being released at the same time.

The early 2000s saw handheld gaming take major steps towards sharing the same level of quality as their console counterparts. More recent years have really brought handheld gaming to another level. Now, with the Nintendo Switch combining a handheld with a home console, the line between the two is more blurred than ever.

On the downside, that also means that traditional handhelds as we know them are becoming a thing of the past. It’s even hard to imagine Nintendo giving the 3DS a successor when they can do more on the Switch anyway.

As such, I think naming the best handheld title of the upcoming years may be a different beast than it’s been in the past (considering handheld games are now quite literally the same as home console titles). If I choose to continue this category in the future, it may seem like a superfluous additional token to a Switch game or the like. Because of that, I’ve decided to omit Switch games from this category for 2017 (because how could Super Mario Odyssey or Breath of the Wild not win?). Think of it to give a “last hoorah” of sorts to handheld gaming as we once knew it. 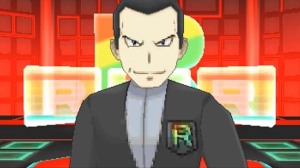 I have a complicated history with Pokemon. As much as I love the overall idea of the games (and their many wonderful creatures), I’ve often felt it’s the most unchanging of Nintendo’s major franchises (which is particularly ironic, given its emphasis on evolving creatures). For every Pokemon I’ve got to level 100, I have a game unfinished.

Thankfully, the 3DS entries have been heading the series in the proper direction. Finally shedding their 2D skins for 3D graphics, the X and Y versions felt like they brought the series more up-to-date, while Sun and Moon felt like a rightful step forward. They may not have reinvented the formula, but they added some much needed alterations to it.

Ultra Sun and Ultra Moon (the “Yellow versions” to Sun and Moon’s “Red and Blue) continue this trend, bulking up what its preceding versions built while also adding in some tweaks of its own (including a weird story involving alternate dimensions and the long-overdue return of Giovanni and Team Rocket, who will hopefully be back in Pokemon Switch seeing as all subsequent Pokemon baddies felt like their bargain bin equivalent).

The new “Ultra” versions of Sun and Moon allow you to obtain almost every legendary Pokemon from the series’ history, which feels like a great way to pay homage to the series’ heritage. While aspects such as those may play up the nostalgia card, Ultra Sun and Ultra Moon also bring about enough of their own changes to the established formula to ensure that the future continues to look bright for Pokemon.