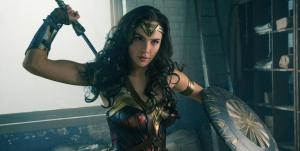 For whatever reason, I decided to watch the 90th annual Academy Awards the other night. Some good movies won stuff and other, more boring movies won others (it’s almost like the movies the Academy decides to nominate has something to do with their consistently decreasing viewership). Amidst it were the usual politics thrown into the mix (which is fine, whether or not I agree with someone, it’s their right to share their beliefs), but less tolerable was the air of self-righteousness that usually emanates from such events, which seems particularly misplaced given everything that’s been going on in the Hollywood scene over the past year.

Okay, I’ve come to expect all that from the Oscars. We are talking about an event where the wardrobes of those who walk on the red carpet take center stage more than acknowledging their own craft, after all. It isn’t exactly a practice in humility.

The reason I’m writing this isn’t about the general attitude that I’ve come to expect from the show, but rather, one particular theme that persistently echoed throughout the show. For (very understandable) reasons, one of the recurring talking points of the show was greater inclusion of women and minorities in movies, which is wonderful. I’m all for inclusion, equal rights, and all that jazz. That’s all well and good.

What got me though was one particular statement (I can’t remember exactly who said it or when, so if anyone can clarify please do). During one of the montages, someone was discussing the new wave of super hero films such as Wonder Woman and Black Panther showing a greater display of representation (the former of course starring a woman, and the latter starring an African-American) with one particular statement saying something along the lines of (pardon the paraphrasing) “It’s empowering to see these kinds of roles. White men get to have this feeling all the time with super hero movies.”

Now, this is something I’ve talked about before, and it’s something that a lot of people would probably vilify me for. But I just don’t understand this idea people seem to have these days that, unless a character shares one’s sex or skin color, that an audience is unable to identify with them. Again, I’m all for inclusion, but for reasons being that we’re all human, and different kinds of people exist. I do not, however, think that someone should/could only be able to identify with a character who looks like them.

Yeah, it’s awesome that we now have characters like Wonder Woman and Black Panther on the silver screen, and I happily welcome it. But I think this idea that people need a character who shares their race or sex in order to relate and empathize with them is incredibly superficial. It’s essentially telling people that things such as skin color and body parts are their every last defining trait, which, to me, seems insulting to them as individuals.

As children, we’re taught that it’s what’s on the inside that counts, and that is indeed sound advise that rings true for us as adults. There’s far more to people than their race or sex, and to imply that it isn’t possible for someone to relate to someone else – even a fictional character – because they aren’t of the same race or sex is an incredibly shallow outlook on one’s self and on art.

It is very much possible for any audience to identify with any character, depending on what the character is all about and who they are. I’m not a woman, and I found Wonder Woman to be a very relatable character, and one who was incredibly easy to empathize with, due to who she was a character. She was kind-hearted and brave (certainly more so than myself), and had an endearing quality about her that made her incredibly easy to root for. Similar sentiments can be said for Black Panther, who was a man trying to do right for his country, but becomes conflicted when he discovers a dark secret about his father. These are all human elements that transcend their outwards appearances (just like real life!) and make them universally likable.

If I might venture out of the super hero genre for a second, I can say that I felt a personal empathy for Elsa’s story arc in the Disney film Frozen. Yeah, she’s an animated princess/queen, but she’s also a character who had inner struggles that could be easy to read as an allegory for depression and social anxiety. Those are certainly issues I can say I personally feel for, and have experienced. And that’s something that certainly rings louder than the fact that the character in question was an animated sorceress in a kids’ movie.

Again, I certainly hope I don’t sound anything like those jack-holes who seem to have a problem with seeing someone who looks different from themselves on the big screen. I’m all for diversity, but I also think it’s wrong for someone (even a fictional character) to be a token. And thinking that X-character needs to cover a certain demographic because said demographic would be unable to connect with them otherwise is kind of insulting when you think about it. It more or less sums someone up by their outward appearance, and isn’t that exactly what people are trying not to do?