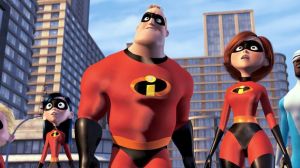 Well, after fourteen years of waiting, Pixar’s The Incredibles FINALLY has a sequel, and a damn good one at that. Incredibles 2 has already broken box office records, and is on track to break several more. It couldn’t be more deserved, because not only was The Incredibles one of Pixar’s greatest achievements, but (if you ask me) the best super hero film of all time. And now, Incredibles 2 can also claim to be among Pixar’s best, as well as one of the best movie sequels ever (dare I say it has surpassed Toy Story 2 as Pixar’s best sequel?), and with its release, The Incredibles can now claim to be the greatest super hero movie franchise of all time.

I know what you’re thinking, “but what about the Marvel Cinematic Universe?” Well, it’s true that the decade-strong mega-franchise now boasts 19 films (with the 20th soon to hit theaters) that branch through several different tones and styles, which is no small feat. And the fact that Marvel has managed to pull off this complicated crossover is an achievement unto itself.

While I may enjoy most of the Marvel Cinematic Universe (the Iron Man sequels kinda sucked), I have to admit, even the ones I like begin to blur together. Yes, it seems no matter how different their heroes’ powers are, or whether their plots are more serious or comical, they all ultimately get lost in the shuffle. Again, that’s not to say that I dislike the MCU – far from it – but I find it hard to say I “love” most of the movies within it. I may acknowledge them as being good movies, and that they do what they do really well, but for the most part, the MCU as a whole is what feels like a big deal, as opposed to the individual films within it. The first Avengers movie was something special in that it brought the various Marvel heroes together, and the first Guardians of the Galaxy, along with the Captain America sequels were very well done. But even they kind of blur with the rest of the franchise.

It may be telling that the movie based on a Marvel comic that I still hold in the highest regard is Spider-Man 2 (2004), a film that predated the MCU by a full four years, because it felt like something special in itself. It was a vast improvement over its predecessor, and took the genre to new heights with added character depth and emotional storytelling (shame about that Spider-Man 3…). But the MCU, no matter how fun it gets, almost exclusively feels like it’s always giving a wink as to what’s ahead, instead of producing timeless classics in their own right.

The Incredibles, by contrast, always felt exceptional. Perfecting – and yet, defying – both its status as a super hero film and a mainstream animated feature, The Incredibles was built on layers of narrative depth and themes, and told its story in such a smart way that it was perfectly relatable and entertaining for both kids and adults. In short, it was quite possibly the perfect family film. Even in Pixar’s practically peerless pantheon, The Incredibles was (and is) a standout.

Fourteen years later, and The Incredibles finally has a sequel, one that’s so good that, if it doesn’t match the sheer excellence of the original, it comes damn close enough to not make it an issue. It is every bit the fitting continuation we could have hoped it would be. It feels special, without having to hype up some impending crossover with a dozen other movies in order to do so. It’s sharp script, impeccable set pieces, and strong character depth give it an identity that stands well above most super hero fair.

But things don’t end there, as I would argue that, despite being “kids movies” both Incredibles films are much more intelligent in both structure and thematics than what their live-action contemporaries offer, with Christopher Nolan’s The Dark Knight being the only super hero film that can stack up against them in those regards (though it still falls short).

There’s a humanity to the Incredibles films – both of their depictions of every day life and conversation, and in their philosophies – that the Marvel films simply lack. Even The Dark Knight and Spider-Man 2 don’t quite share that human quality that either of the Incredibles movies boast. They at once deliver big, blockbuster entertainment, family comedy and drama, and a sense of cinematic auteurism that make them feel like works of art that stand above anything produced by other super hero franchises.

Now, that’s not to say that I need every super hero movie to be a masterwork. That’s a tall order to fill for a film of any genre. But my point is that, although the MCU films have been mostly solid fun, their lack of producing any such film has prevented them from feeling distinct from one another. Yes, the Marvel movies are entertaining, but The Incredibles films – like Spider-Man 2 and The Dark Knight – take the super hero genre to greater artistic heights, and do so better than the aforementioned films. So while the Marvel Cinematic Universe may keep cranking out hit after hit, in the end, they all just end up feeling like “another” Marvel movie. Very entertaining movies, mind you, but I’d be lying if I said the MCU films linger in my memory in the way that The Incredibles films do.

The Incredibles has provided a one-two punch, producing two of Pixar’s very best films. And that extensive (and painful) wait between the two has only made them feel that much more special. As fun as they are, all twenty MCU films don’t stack up to being as meaningful as just two Incredibles.