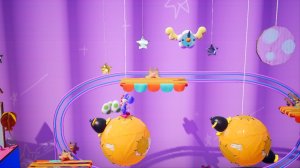 Yoshi hasn’t had the best track record of Nintendo’s many iconic characters. Though his roles as Mario’s sidekick in Super Mario World and Super Mario Galaxy 2 were lauded, when it came to the cute dinosaur’s starring roles, things were a bit less consistent. He got off to a phenomenal start in Yoshi’s Island: Super Mario World 2, which was considered part of the official (albeit loose) Mario series canon. Yoshi’s Island took the foundations Mario created, and transformed them to make one of the best platformers of all time.

After that, however, Yoshi’s starring titles lost their luster. Yoshi’s Story – the N64 follow-up to Yoshi’s Island (that isn’t part of the main Mario series) – was one of the most shallow first-party games Nintendo has ever made. From there came uneventful spinoff titles like Yoshi’s Topsy Turvy and Yoshi’s Touch & Go (which weren’t bad, but didn’t have a whole lot of value). Finally, Nintendo decided to try to replicate Yoshi’s original success, creating quasi-sequels to Yoshi’s Island in the forms of Yoshi’s Island DS on Nintendo DS, and Yoshi’s New Island on 3DS. The results were mixed, with DS only replicating the original Yoshi’s Island on face value, and New Island failing to live up to the original in any way, shape or form. Perhaps Yoshi was just better suited as Mario’s stead?

But then, Nintendo seemed to find the right developer to get Yoshi back on track. Good-Feel, the studio that previously developed Wario Land: Shake It! and Kirby’s Epic Yarn, were tasked with creating a spiritual successor to the latter. But instead of returning to Kirby, Good-Feel developed Yoshi’s Woolly World for the Wii U, a title that combined the yarn aesthetics of the studio’s Kirby adventure with familiar gameplay elements of Yoshi’s Island.

Though the end result could never live up to the masterful Yoshi’s Island, Woolly World delivered the first Yoshi game that could be seen as a worthy follow-up to the SNES classic. And now, Good-Feel has made a return visit to Yoshi’s island with a follow-up to their previous outing in the form of Yoshi’s Crafted World. While the game itself isn’t radically different from its predecessor, Yoshi’s Crafted World still boasts the same undeniable charm, and is another example that Good-Feel are perhaps the best visual artists in the gaming medium.

As the title implies, the wool and yarn aesthetics of Woolly World have been replaced with an arts & crafts motif. While that may not seem as innately adorable (cardboard is objectively not as cute as yarn), Crafted World’s consistently creative visual charm will quickly win you over all the same.

In a time when I’ve stared at so many photorealistic humans in video games that I’m now more likely to shrug my shoulders at realistic graphics than be impressed with them, it takes a genuinely striking art direction to stand out. And Good-Feel is one of the few studios to continuously pull the feat off. Even more impressively, they often find ways to weave their visuals into the gameplay.

Though Yoshi boasts the same bag of tricks he has since Yoshi’s Island – like flutter jumps, ground pounds and the ability to eat enemies with his prehensile tongue which, of course, turns them into eggs which can then be thrown at various objects – the new arts & crafts geddup has changed things up a bit. Based on whatever material the surrounding environment is made from, Yoshi might throw an egg at a wall which then unfolds into a staircase, or he might sink into a pillowy floor.

Admittedly, I don’t think there’s quite as many “gameplay merges with visuals” moments as Epic Yarn or Woolly World, but the creativity always shines through. Every last enemy, object and environment looks like it was made in arts & crafts. Ninja Shy Guys throw aluminum foil shurikens, Yoshi can toss magnets onto giant soda cans to create platforms, even the infamous first boss of Yoshi’s Island, Burt the Bashful, returns with a makeover in the form of Burt the Beach Ball.

Every last moment of Yoshi’s Crafted World catches the eye. Not only does it look great, but the clever ways in which the developers reimagined so many familiar faces and assets, and recreated them from different materials, never ceases to be charming. Yoshi’s Crafted World is a delight to look at from beginning to end.

There are a few new elements added to the classic Yoshi gameplay that don’t rely on the new visuals. Since Yoshi’s Island, Yoshi has collected Happy Flowers and Red Coins, and needed to complete a level at full health to clear a stage with one-hundred percent completion. And while that’s still true here, a few new layers have been added to Yoshi’s completionist traditions.

Though Yoshi’s hit points retain a twenty heart maximum, and each stage still hides twenty Red Coins, the number of Happy Flowers now differ between stages. Anywhere between three and nine Happy Flowers are hidden in a stage (either on their own, or requiring a certain action on Yoshi’s part to reveal them). Additionally, three more Happy Flowers are earned by claiming all of a stage’s Red Coins, getting to the exit with full health, and grabbing 100 regular coins (definitely the easiest of the lot). The extra emphasis on the Flowers is due to their newfound importance, as they are now needed to unlock different areas in the game, similar to Mario 64’s Power Stars or Banjo-Kazooie’s Jiggies.

Even when the levels are done, they still aren’t done. After the first few stages are completed, new options become available to give the levels reasons for revisits. Characters on the overworked will ask Yoshi to collect a certain amount of a specific item located in a particular stage (you ‘collect’ these objects by throwing eggs at them, naturally). And even more noteworthy, completed stages unlock the option to play them in reverse, with the goal now being to find a certain number of Poochy pups and guide them to the stage’s exit (which is its former entrance).

New to the series is the ability to walk into the foreground and background. Sadly, you don’t get too many scenarios that utilize this mechanic to its fullest, but there are still a few instances where puzzles and objects have to be completed or obtained by paying close attention to all of your surroundings. Unfortunately, aiming eggs at the background of foreground can sometimes be a bit finicky.

Another gameplay addition comes in the form of score attack stages, which take a break from the collecting-focused nature of the rest of the game and emphasize a certain gimmick that requires a high score. Example include destroying objects with a giant Yoshi robot, jumping through hoops, popping balloons, and my personal favorite, a rail-shooter stage where you throw eggs at targets while aboard a train that reminds me of the Toy Story Mania ride at Disneyland.

Unfortunately, one change from Wooly World that isn’t for the better comes in the form of ‘costumes,’ which replace the wool item from the previous game. In Wooly World, finding wool would unlock a different Yoshi, which could be simple color alterations, or possess wacky patterns modeled after other Nintendo characters (with Amiibo being used to unlock a number of the specific character Yoshis). It was pointless, but fun.

Here in Crafted World, however, the only Yoshi’s available are there from the start of the game (with player’s choosing which Yoshi they want to play as for the rest of the adventure). So instead of different Yoshis, you simply unlock new costumes for Yoshi, which will take the first hit from an enemy like a shield, meaning maintaining your hearts is marginally easier.

That sounds fine and all, and admittedly the costumes come in a fun variety of everyday items (such as coffee creamer cups or tuna cans). Despite being more practical, however, the costumes just aren’t as fun or enticing to collect. Even the number of Amiibo that can be used for the game has been greatly reduced, meaning that not only do the costumes have less variety than the wool from the previous game, but it also lacks the personality and references as well.

Another fun little twist to Crafted World is that its overworld takes several branching paths, with players often able to select which areas to explore whenever they see fit. The story involves Baby Bowser and Kamek trying to steal five magic gems from the Yoshis, and inadvertently spreading them across the island during the kerfuffle. As you might have guessed, a boss holds each gem, but the game doesn’t necessarily have only five worlds. Instead, Yoshi’s Crafted World features a myriad of mini-worlds (two or three stages apiece), that connect to different paths, with the big bosses waiting at the end of each path. There still is a set destination for the fifth gem, so it’s not completely open, but by shrinking the sizes of the worlds, we get to have a variety of different themes found in any given path, as opposed to the usual “fire world, ice world, desert” nature of platformers.

If there’s one element of the game that’s a bit of a mixed bag, it’s the music. That’s not to say the music is bad – it’s cutesy, playful sound fits the game quite nicely – but it lacks variety. Even a number of later stages in the game, which have drastically different themes from those at the start of the game, still use many of the same tunes. Again, the music that is present is charming, but it kind of detracts from the experience when the music stays in the same place the whole way through.

Yoshi’s Crafted World is admittedly not quite the same breath of fresh air that Kirby’s Epic Yarn and Yoshi’s Woolly World were upon their releases, but it carries on their legacy proudly, and is every bit as smile-inducing as its predecessors. Good-Feel has an uncanny ability at visual craftsmanship in gaming, and Yoshi’s Crafted World is another testament to those abilities. The gameplay makes for a light and relaxing good time, while the visuals will keep you glued to your screen in awe from the moment your selected Yoshi departs on their adventure to the time the credits roll.