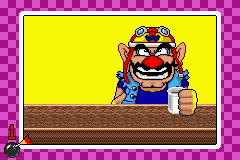 The Game Boy Advance should rightfully rank as one of Nintendo’s greatest systems. While the original Game Boy’s influence can’t be understated, and the Nintendo DS helped push Nintendo’s innovation forward, it’s the Game Boy Advance which boasts a timeless appeal that makes it akin to the handheld equivalent of the SNES. The GBA’s library of games brought a newfound quality to handheld gaming, and many of its titles have stood the test of time swimmingly. Among the Game Boy Advance’s many accomplishments was that it introduced the world to the WarioWare series.

Released in 2003, Mega Microgames kicked off the WarioWare series. By throwing players into one series of seconds-long “microgames” after another, each of which only required a press of the A button or two, or a few touches of the D-pad to complete. As a series of microgames continues, they pick up in speed, testing the player’s reflexes.

In essence, WarioWare has always been a deconstruction of video games themselves, stripping away all of their complexities until only the bare minimum of what a video game is remains. It’s simplistic to the point of hilarity (an element that’s magnified by the often silly concepts and goofy graphics of the microgames themselves). WarioWare is a genius subversion of video games, presented in the most manic package possible.

The only real downside to Mega Microgames is – as the first game in the series – it shows its limitations when compared to its sequels (most specifically it’s GBA follow-up, WarioWare Twisted and WarioWare Gold on the 3DS). Mega Microgames – somewhat ironically – falls short of its successors by being the bare basics of the series, even if that “bare basics” element is the appeal of the series as a whole.

Simply put, Mega Microgames is WarioWare in its purest form, for better and (relatively) worse. You play through “chapters” of the game, each distinguished by a different character (with Wario serving as the opening and closing chapters, with the rest represented by the WarioWare cast first introduced here, like Mona, 9-Volt and Jimmy T.). Later entries in the series would better define each character’s chapters with specific themes (whether through twists to the gameplay or unique aesthetics), but here, the gimmicks of each character are a bit less defined.

9-Volt, for example, may have always been a Nintendo fanboy, but here, not all of his microgames use retro Nintendo games as their template. Meanwhile, the games that do use Nintendo’s past as a backdrop quickly begin appearing as other characters’ games as well. In fact, you’ll notice the same microgames getting recycled a lot sooner here than you would in later WarioWare entries, leaving you to wonder why there needed to be as many different character chapters as there are.

Playing through the story mode (if it can even be called that), probably won’t last over an hour. Thankfully, after you conquer a chapter, you can play through its games at your own leisure to go for a high score. Additionally, besting certain chapters will even unlock brand new games outside of those in the main game. So even if you can run through Mega Microgames, it still provides a decent amount of addicting gameplay nonetheless.

WarioWare Inc. Mega Microgames remains a lot of fun even today. The only thing preventing it from being more strongly recommended is that it (understandably) feels like an unpolished diamond in hindsight. Later entries would bring so much out of WarioWare’s brilliant concept of rapid-fire gauntlets of mindlessly simple games – both in terms of the number of microgames and variety in their gameplay – that Mega Microgames feels prototypical by comparison.

Mega Microgames kickstarted one of Nintendo’s most quietly beloved franchises, and gave the Wario character newfound life and purpose. Its successors may have added to the formula, but the original WarioWare still provides a good amount of fun.