Don’t worry folks, while this may be a ‘filler update’ in many ways, I still actually have some stuff to say this time around. Plus, with how slow of a month August was for the Dojo, I wanted to ensure I at least wrote something within the first few days of September. To help build momentum for the coming weeks…or something.

To be more explanatory, I actually have some reviews lined up for September. In terms of video games, I’m hoping to review Bloodstained: Ritual of the Night, Mario & Luigi: Superstar Saga + Bowser’s Minions, and Wario Land: Shake It! (continuing my 2019 trend of one Wario game review per month). I may even do more than that. But those seem the most likely to happen within this month.

I also have some movie reviews planned. Some newer movies, some older movies. I may also review both ‘Chapters’ of Stephen King’s It if I get around to seeing Chapter 2 soon enough. But stay tuned for those movie reviews, including one recent movie I can’t believe I actually ended up liking…and quite a bit, I might add.

And yes, I do have some long-promised top 10 lists waiting in the near future, as well as some television series reviews. I will try to do one or two (at least) of the former within September (here’s hoping I can follow through), though I don’t want to promise when exactly the TV reviews will be. I will say though, that my first TV series review will be for the first season of Stranger Things, with the subsequent seasons hopefully following soon after. On that note, I’m also in the middle of watching another Netflix original, The Dark Crystal: Age of Resistance, and will review that when I can as well. You might remember that I reviewed the original Dark Crystal movie not too long ago, and gave it a score of 5/10. I praised its imagination, practical effects, and unique mythology, but felt it didn’t quite stick the landing as a movie due to the flat, empty main characters. I ended my review with this.

“As of this writing, Netflix will soon release a prequel series to The Dark Crystal. Here’s hoping that said series finally brings out a story and characters worthy of the imagination Jim Henson littered Thra with.”

And I have to say, having watched six episodes (out of ten) so far of the Netflix series, I honestly think that The Dark Crystal: Age of Resistance does just that. It’s a genuinely gripping fantasy series. I love the world of the original movie, but not the original movie (if that makes sense). But I think this series has done a great job at creating a story worthy of Jim Henson’s passion project. I’m actually quite surprised how much I’m enjoying it (a lot of surprises for me lately, it seems). 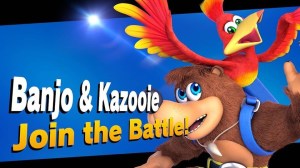 Naturally, I’ve been having a ball beating up Fire Emblem and Kid Icarus characters as Banjo-Kazooie as I get to learn the bear/bird duo’s moves (which are more or less how I always imagined… more or less). It’s great to see Banjo-Kazooie in Smash.

In more underwhelming Smash Bros. news, Terry Bogart from Fatal Fury has been revealed as the fourth DLC character in the five-character Fighter Pass. That’s about as exciting as getting no new character at all, really. Yeah, yeah, some people really like Fatal Fury. But come on, adding characters from a fighting game (that isn’t Street Fighter) into a fighting game just seems boring.

In other, better Smash Bros. news, it’s been revealed that there will be more DLC characters coming after these initial five. And thank goodness for that. Aside from Banjo-Kazooie, the DLC characters so far haven’t exactly set the world on fire (yeah, Joker from Persona 5 was cool, but considering he was only a year old character with no ties to Nintendo at the time, it wasn’t the same as, say, a character that fans have been begging years for finally making the cut). So glad to hear we have more than one hope to make up for Terry Bogard.

So please, Sakurai. Just give us Geno. We have Ridley, we have K. Rool, and we have Banjo. Geno is the only character left the series has sorely needed.

Anyway, thanks for reading this (assuming you read this). It makes writing these kinds of posts not a waste of time. Now I hope you enjoy the bevy of ‘real’ content and updates I have planned very soon…