*Welcome to Musings of the Dojo! Here, I plan to reflect on certain things I’ve recently talked about here at the Dojo. Perhaps this will become a recurring thing here on my site. Or maybe I’ll completely forget about it after this one time…* 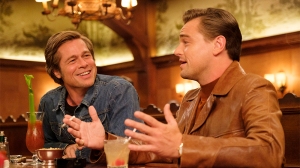 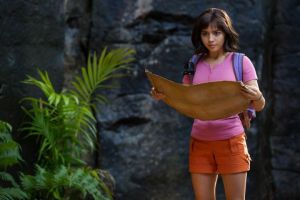 For those following my site, you’ve probably noticed that among my recent movie reviews are Quentin Tarantino’s latest film, Once Upon a Time in Hollywood, and Dora and the Lost City of Gold, a live-action film adaptation of Dora the Explorer. In my reviews, I graded Once Upon a Time in Hollywood a 5/10, but gave Dora a 7/10. Could this possibly imply that I actually thought a movie based on Dora the Explorer was better than a Quentin Tarantino film?

I’m not implying anything, let me say it outright: I thought a movie based on Dora the Explorer was better than Quentin Tarantino’s latest film. And I don’t feel bad even in the slightest for saying that.

I don’t say this for the sake of contrarianism. Lord knows there are few things I distaste more than contrarians. And the world of independent internet critics has more than enough of those anyway (newsflash: conforming to non-conformity is still conformity). I say this as a Quentin Tarantino fan, I didn’t care for Once Upon a Time in Hollywood. It’s not a horrible movie (again, I rated it 5/10. For me, it’s when things get to 3/10 and lower when they’re in the “avoid at all costs” range), but it does feel like a product of complacency on Tarantino’s part.

Quentin Tarantino isn’t a stranger to rewriting history with his films, as he did just that ten years ago with Inglourious Basterds. So for Tarantino to make a movie in which the Manson murders are undone – and instead it’s the members of the Charles Manson cult who carried out the murder of Sharon Tate who instead end up dead by means of a stuntman, his dog, and a flamethrower – it just makes sense for the famed director. And the ending in which this rewriting of history takes place is the best part of the film. There’s something bizarrely wonderful about Tarantino using his trademark style and gratuitous violence to rectify a historical tragedy. The problem I have with Hollywood is that Tarantino seemed to have come up with a great ending, but couldn’t think of a path for the rest of the movie to take to justifiably earn that ending.

Tarantino spends too much of the film either indulging in some of his tropes (such as a disjointed narrative, with the stories of Leonardo DiCaprio and Brad Pitt’s characters stories really having nothing to do with Sharon Tate), while staving off others (the director’s stylistic violence really only shows up at the end of the film). But the different storylines never mesh together in any seamless or meaningful way. Again, there’s something that feels complacent about it, like Tarantino was so confident in the ending and in his style that the actual story at hand, and how to tie everything together, were such afterthoughts that he forgot about them altogether.

I hope I don’t sound like I’m just ragging on Tarantino. Again, I’m a fan of his, I’d place him on my list of top 10 filmmakers. And Once Upon a Time in Hollywood isn’t a total bust. It has moments that showcase the director’s brilliance. But that’s just the thing, it’s only in moments of Hollywood that we get glimpses of what Tarantino is really capable of. As a whole, however, Once Upon a Time in Hollywood just never comes together. It’s too fragmented – both in story and tone – for its own good.

Meanwhile, Dora and the Lost City of Gold – while perhaps not a great movie – was nonetheless better than it seemed to have any right to be. Yes, it’s a kids’ movie, and a bit silly. But it was a well made silly kids’ movie. It was fun, funny, didn’t feel like it talked down to its young audience, nor was it ashamed of its source material. And I feel it had a nice message for kids about being comfortable with who you are, even if you may be on the socially awkward side.

Essentially, I think Dora and the Lost City of Gold did a better job at being a Dora the Explorer movie than Once Upon a Time in Hollywood did at being a Tarantino film. Yes, I understand this is comparing apples to oranges, so why bother doing it?

Simple, because I think as far as professional film critics, and even most self-proclaimed cinephiles go, this very idea would be considered some kind of blasphemy. Critics and film buffs too often like to put themselves on a pedestal for their perceived superior intellect to the average moviegoer, and their supposed open-mindedness. But frankly, they could definitely benefit from branching out a bit. As much as they like to brag themselves up, critics and film buffs too often have a very narrow view of what constitutes a good movie, and have a very strict ruleset placed on themselves that makes their often arrogant attitudes that much more unfounded.

Basically, any such critic or cinephile would scoff or outright belittle my stance that I found a Dora the Explorer movie to have more merit than Quentin Tarantino’s latest film, because that would go against their definition of what’s good, and would defy their rules. Thinking a Tarantino film failed to deliver while thinking a silly kids’ movie was effective would probably be enough for many critics – both professional and independent – to grab their torches and pitchforks and form a mob against me (or anyone who shares similar opinions).

Now, I certainly hope I don’t sound like I’m patting myself on the back. There are many instances where I agree with critics and film buffs (again, I usually think Tarantino is quite good). The last thing I want to do is put myself on a a pedestal similar to the people I’m commenting on. I’m merely trying to state that I think there’s a problem within the world of cinema that, like these critics and cinephiles, seems shackled to a very specific idea of how to appreciate movies. Just look at most critics’ lists of best films of any given year, and you’ll notice the same types of movies – usually those that pander directly to critics – dominate pretty much all of them. Sure, you might see a mainstream movie and an animated feature thrown in for the “audience cred” every so often, but such selections usually come across as mere tokens (especially seeing as so few critics would ever seem to consider placing such films on the upper half of their lists).

I really think this close-mindedness of “serious” film critics and fans has become a major problem. If you need some damning evidence, the Academy Awards nearly created a “Best Popular Film” category, as a means to throw a bone to the common moviegoer, only to retract the concept of the award soon thereafter, as it was basically an admittance to their insistence that only “their movies” are worthy of Best Picture.

The world of cinema would do itself a lot of good if those with voices in the medium would shed a good deal of their pretensions and lighten up a bit. Someone like me shouldn’t have to feel hesitant to state that they enjoyed a Dora the Explorer movie more than a Tarantino film. But that’s exactly the kind of atmosphere that critics and cinephiles have created around the movie world. You can’t be considered a serious lover of cinema unless you fall in line. And that’s a problem.

Okay, now I’m really getting sidetracked. I was initially just writing this as a means to express my preference to Dora and the Lost City of Gold over Once Upon a Time in Hollywood. But I repeat that I was hesitant to do so, because of the stigma it might put on me, my site, and my overall views of movies by the aforementioned “serious” film buffs. Granted, I don’t exactly have a large following (to put it lightly), so it’s not as if I expected backlash per se. Just that it’s kind of sad that you could pretty much picture the exact reaction a more pretentious movie type would have should they read that someone actually thought Dora and the Lost City of Gold was a better movie than Once Upon a Time in Hollywood.

Simply put, I think the movie world would benefit if, instead of adhering to a very, very specific idea of what constitutes good films, the more critical side of cinema followed the open-mindedness they like to preach, and judge films based on how successfully they accomplishes what they set out to do.

Of course we’re all going to have our preferences (and I am no exception), but critics and “serious” movie fans too often seem to surrender to some kind of hive mind with their preferences (“independent movie = automatically good.” “The more popular a movie, the dumber it must be.”). Again, we all have our preferences, but it’s important to bring individuality into critiquing. Movie buffs and critics frequently seem to lump things together with preconceived notions, instead of viewing a film for its individual merit.  And again, their preferences don’t even seem to be based on their own individuality, but a preconceived idea of what they’re supposed to like.

I again have to stretch that I am, in no way, shape or form, promoting contrarianism. Disliking things for the reasons that they are popular or acclaimed is every bit as toxic as critics’ “follow the leader” method I’m talking about. I stress that my point is critiquing any form of art should come from a place of individualism, both of one’s self and of the work you’re critiquing. You don’t want to cave into some preconceived hive mind, but you also have to be able to appreciate things even if they don’t fall squarely into your preferences. You, as an individual, should be critiquing things based on their merits as an individual work.

The cinephiles and critics expect Quentin Tarantino to make great movies, so surely Once Upon a Time in Hollywood must be a masterpiece. It was decided ahead of time. But a Dora the Explorer movie sounds like a stupid idea for the kiddies. Even though the latter did defy expectations and received a surprisingly warm reception, it of course is only allowed to go so far. And claiming it could possibly, under any circumstance, be better than Once Upon a Time in Hollywood is certainly going too far.

Well, as a Tarantino fan, I expected a good movie out of Once Upon a Time in Hollywood. Instead I ended up bored and anxious with it, like Milhouse waiting for Itchy and Scratchy to get to the fireworks factory. Meanwhile, I didn’t’t have expectations for Dora, but I ended up having fun.

In short, I thought Dora the Explorer kicked Quentin Tarantino’s ass. And I don’t feel bad about it.