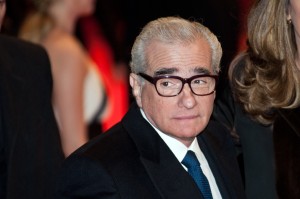 Martin Scorsese is one of the most acclaimed filmmakers in history, and one of Hollywood’s ‘sacred cows.’ But recently, he made a statement which  – in its blanketed ignorance – paints him as part of the problem with the world of cinema.

The basis of Scorsese’s claims is that Marvel movies “aren’t cinema,” and that they are more akin to “theme parks.” This, of course, just comes off as the latest in the never-ending examples of the overblown egos and self-importance of Hollywood and its “serious” filmmakers and critics. It’s a display of the utter contempt they have for the average moviegoer, and the films that don’t directly pander to themselves, that makes so many in the industry so very hard to like.

“I don’t see them. I tried, you know? But that’s not cinema. Honestly, the closest I can think of them, as well made as they are, with actors doing the best they can under the circumstances, is theme parks. It isn’t the cinema of human beings trying to convey emotional, psychological experiences to another human being.”

The statement is profusely arrogant and condescending on Scorsese’s part.  Granted, not every type of movie is for everyone. But Scorsese’s comments aren’t a display of a personal disinterest. Rather, the things Scorsese is saying are entirely dismissive to everyone who works in front of and behind the cameras on Marvel movies, and insulting to the audiences that continue to see them (which, by the way, are in far greater numbers than the audience for any Scorsese film).

Scorsese briefly tries to save face by throwing in the words “as well made as they are” in regards to Marvel movies. But it means very little to say that they’re “well made” while simultaneously stating that they don’t qualify as cinema, and that the actors could only ever possibly “do the best they can under the circumstances” if they’re cast in a superhero film. Way to dismiss any and all acting performances that go into these movies just because they’re in a genre you have a blatant bias against. Hey, at least when these Marvel movies re-use actors, they’re playing the same characters and furthering their stories, as opposed to casting Robert De Niro as different sociopath archetypes who may as well be the same character in the same story. But I digress.

When I first read Scorsese’s statements on Marvel movies, it reminded me of something else the famed director said way back in 2004. After The Lord of the Rings: The Return of the King achieved the biggest clean sweep in Oscar history, complete with a Best Picture win (a rare instance when the Academy actually knew what they were doing), Scorsese was asked if he’d ever be interested in making fantasy movies. Scorsese’s response…

It’s a predictably ego-centric answer from a director who has long-since been made out to be a Hollywood deity, though one I’m sure he himself though sounded profound. If he’s not interested in making fantasy movies, that’s fine. But again, his response was both dismissive and condescending.

Fantasy movies, whether they be sword and sorcery or super heroes or what have you, are fully capable of delivering deep stories that connect with human emotion and psychology. They’re merely different methods of doing so.

Believe it or not, Mr. Scorsese, but films don’t have to follow your rulebook in order to qualify as films. There are these wonderful things called “styles,” “genres” and “mediums.” There are different kinds of artists with all kinds of different voices and tastes. They may not all be good, but just because their path doesn’t directly follow yours doesn’t mean their works should be disqualified, or that they “don’t count.” Maybe you don’t care for a specific genre of movie. Okay, that’s fine. But saying that it’s “not cinema” and just waving off their very existence is profoundly arrogant.

By now, I’m sure the film buffs who would rally to Scorsese’s defense and jump at any opportunity to lambast super hero films and the like would assume I’m just a rambling Marvel fanboy, or that I’m trying to be cool and edgy by talking bad about one of cinema’s most acclaimed directors. But I’d like to point out that I can’t remember the last time I read a Marvel comic book, nor have I enjoyed every MCU film (Iron Man 2, Incredible Hulk and Captain Marvel were pretty mediocre, and the less said of Iron Man 3, the better). Nor do I hate Scorsese’s body of work, some of it (like Goodfellas) I’ve quite enjoyed, though I admit I find Raging Bull to be an overrated bore.

I’m merely writing this because Scorsese’s comments relished in their own ignorance. And it’s mindsets like those represented in Scorsese’s comments that are holding the world of cinema back in many ways. Both those in Hollywood and film buffs put themselves on a pedestal, and treat themselves like they’re part of an elite club. And the common moviegoer, or those “lesser” filmmakers who make films audiences actually want to see aren’t allowed to join. It’s a level of pretentiousness that seems to constantly ooze out of Hollywood types, who in turn act completely dumbfounded as to why they get such a bad reputation. Scorsese may be a great filmmaker in many respects, but with statements like these, he proves he’s part of Hollywood’s problem.

For all the open-mindedness Hollywood likes to give itself a pat on the back for, they sure do have a pretty closed mind when it comes to their own  mediums. It’s like they want to punish movies for making money, or being crowd-pleasers, or if they’re rooted in fantasy or created with animation, etc. If Hollywood were half as open-minded as they bragged themselves up to be, they’d have no qualms with putting such films on equal levels with their preferred style. They should judge every film by how good they are individually, as opposed to considering certain types of films to be innately superior or inferior to others.

Though the world of video games has issues of its own, this “country club” mentality of those within its industry certainly isn’t one of them. In these regards, the video game industry has been completely open-minded as to what constitutes a great work in their medium. There’s never been a differentiating between where or how a game was made in terms of the quality of the end product. There’s never been a stigma against genres or franchises or commercially successful works. Sure, the self-righteous hipster types like Ben Croshaw tried their damndest to replicate the ignorances of the movie world and integrate it into the world of video games during the early 2010s. But thankfully, those clowns ultimately lost their battle, and no one in their right mind has adopted their self-indulgent contempt against popular works.

So while “serious” filmmakers may ridicule popular movies as “not being cinema,” the video game world happily embraces such popular works. I think it’s safe to say the Super Mario franchise has produced many of the most acclaimed video games ever made, while also being extremely cartoonish in nature and having mass commercial appeal, not to mention numerous sequels and countless spinoffs. Not every game with the name ‘Super Mario’ in the title may be an all-time great, but there’s no built in stigma against it for its tone, success, or commercial standing that prevents the Mario games that deserve such praise from earning it.

The world of movies, and the likes of Martin Scorsese, could certainly learn a thing or two about broadening their outlook on their own medium. Perhaps the best retort to Scorsese’s indulgently ignorant claims comes from Samuel L. Jackson, who of course has portrayed Agent Nick Fury in more than a few of the MCU films.

“I mean that’s like saying Bugs Bunny ain’t funny. Films are films. Everybody doesn’t like his stuff either. Everybody’s got an opinion, so I mean it’s okay. Ain’t going to stop nobody from making movies.”

Essentially, Jackson found a polite way to say “everyone has their own taste, but don’t be a pompous ass and disregard the hard work that goes into things that don’t fit your niche, as well as their audience.” Well said, Mr. Jackson.

So Mr. Scorsese, the point is it’s okay if real people enjoy watching Marvel movies. While no category of movie will ever be absolutely good, the Marvel Cinematic Universe has provided mostly good movies so far. They may not be your kind of movies, but they are still very much cinema.

As for Mr. Scorsese using “theme parks” as a derogatory terminology, well, if I had the choice to ride Space Mountain or sit through an overly-long character study about a wife-beating, sociopathic boxer, the theme park wins. Hands down.