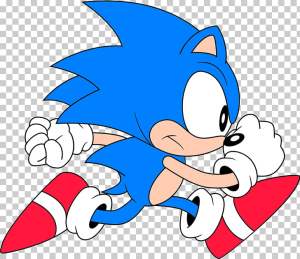 After nearly three decades, Sonic the Hedgehog finally has his first outing on the big screen. To celebrate the occasion, I figured I’d write at least a few thing relating to the speedy blue hedgehog.

Let’s start with an obvious choice: the top 5 Sonic the Hedgehog characters! The Sonic series has introduced many, many characters over the years (too many), and while making a full-on top 10 list would have been nice, this is Sonic the Hedgehog we’re talking about. So let’s settle for five.

Keep in mind that, for my list, I’m only including characters from the games. While Sonic has branched off into other media which introduced characters of their own, I’m a bit of a purest when it comes to making lists like this. Since Sonic the Hedgehog is first and foremost a video game franchise, we’re only counting the video game characters.

Without further ado, let’s see who are the best of the best Sonic the Hedgehog characters!

Amy Rose is perhaps the only example in the entire series of Sega re-using an animal species for a new character and making it work (sorry, but they lost me when they started adding in hedgehog after hedgehog). Though it is a little bit of a cliche that they simply decided on “pink hedgehog” for the series’ first girl character, it is a little more forgivable when one remembers that every Sonic character at the time was easily identifiable by a single color (Sonic was blue, Tails was yellow, and so on).

When Amy Rose was first introduced in Sonic CD, she was depicted as a spunky kid who had a schoolgirl crush on Sonic. Later, the series would retcon Amy to make her closer in age to Sonic for some reason (okay, we all know the reason, but don’t make me say it).

I do have to admit that I have some mixed feelings towards the ‘new’ Amy Rose. In her original depiction, her infatuation with Sonic was cute. But once Sega made her older that same infatuation went from cute to stereotypical and kinda creepy.

Still, Amy’s penchant for smashing things with a cartoon mallet is fun. And despite her boy-craziness being her defining trait, at least she’s proven capable and independent on her own, which is more than you can say for some later female additions like Cream the Rabbit. 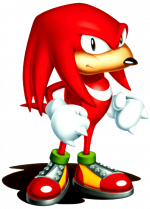 Continuing with the retro video game trend of taking an obscure animal and bringing it to the mainstream through a mascot character, Sega followed-up their hedgehog hero by giving him an echidna rival. And whereas Sonic was blue, it only made sense for Knuckles to be red (though I suppose orange could have worked as well).

Knuckles was probably the last animal character to be added to the series before things got out of hand in that department (no offense, Knack the Weasel), and he remains an addition that made sense. Sonic was the good guy, Tails was the sidekick, Robotnik was the villain. Knuckles was then made to serve as an in-between point between Sonic’s heroics and Robotnik’s villainy. He was a hero in his own right, but wouldn’t mind taking the fight to Sonic if that’s what he felt was right (or if he got duped into thinking Sonic was the bad guy, which seemingly became a joke after a while). Knuckles was a fitting rival for Sonic.

Then along came Shadow the Hedgehog who fell into the dreadful video game cliche of “dark rival version of the main character” who needlessly usurped Knuckles’s place in the series, leaving the once-tritagonist echidna as just another bumbling cartoon animal character in a series that had no shortage of them.

Sadly, Knuckles has lost the relevance he once had in the series. But for longtime Sonic fans, Knuckles remains a favorite, and the last character addition to the series who actually felt like he was filling a role, as opposed to just taking up space.

Sequels in any medium are bound to add new characters. The trick is to make sure these new characters feel like meaningful additions to the returning characters fans have come to love. In that sense, the first “sequel character” in the Sonic series is still the best.

Miles Prower, better known as “Tails,” was the Luigi to Sonic’s Mario. While the countless goofy animals that have spawned in the Sonic series over the decades have felt like needless bloat (at the best of times), Tails just made sense.

Sonic was chill and cool, but Tails was smart and innocent. And while Sonic was known for his speed, Tails could fly by twirling his two tails like a helicopter. That’s pretty cool!

Tails was the “little buddy” sidekick who made all the sense in the world for the series. Sonic was the cool one who the kids playing the games would look up to like an older sibling. But Tails was the childlike character that kids could project themselves onto.

For a time, it was just Sonic and Tails taking on a mad doctor, and all was right in the world. 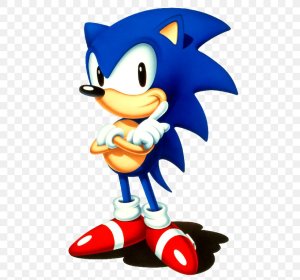 The central character of the series comes in at second place on this list. One of the most iconic video game characters of all time, Sonic was simply the coolest thing there was in the early 1990s.

Granted, the fact that the character was specifically designed to be “cooler” than Nintendo’s Mario basically ensured he would never have the same timeless quality as Mario himself (“cool” is such a fleeting thing), the fact of the matter is, Sonic was the only game character designed to rival Mario who was actually good at the job.

While Mario’s games were filled with humor and whimsy, Sonic was designed to be the epitome of early 90s attitude. And unlike the many other characters inspired in Sonic’s wake that attempted the same thing, Sonic did NOT end up like Poochy on The Simpsons. Sonic was (at least for a time) legitimately cool.

Sonic had attitude, he was rebellious, and he could run at the speed of sound. He was a simple character, but within that simplicity Sonic could convey so much. And while similar “90s cool” characters have (rightfully) gone the way of the dodo, Sonic has endured (even if his idea of ‘cool’ hasn’t).

Sadly, the same can’t be said about the series as a whole, which has hit a number of bumps in the road, with more emphasis being placed on how many new characters can be introduced to each game as opposed to, y’know, making good games. It’s for this reason that many fans (myself included) prefer Sonic’s original, “Classic” character design, with his pot-belly and Felix the Cat-esque appearance.

The Sonic the Hedgehog series has hit some rough patches over the years, but Sonic the Hedgehog himself remains one of the handful of characters you immediately think of when you hear the words “video game.” And that is way past cool.

With that out of the way, let me say it flat-out: Dr. Ivo Robotnik is the best Sonic the Hedgehog character, and one of the best video game villains of all time.

Sonic may be chill, but Robotnik is cold and calculated. He’s a super genius with a superiority complex, who believes he should rule the world with his machines. He’s determined to “roboticize” the world’s creatures so that they have no choice but to obey his command. Robotnik wants to conquer the world with a cold, robotic fist. It’s as simple as that.

Though he has received more redesigns than anyone else in the Sonic series, Dr. Robotnik remains its most consistent character. While many cast members of the Sonic series somehow devolved into clones of Dragonball Z characters (Sonic is Goku, Shadow is Vegeta, Silver is Trunks, Knuckles is Piccolo), the good doctor has – despite his redesigns – always been true to his character.

Sure, new elements have been added to his personality (namely, his contrast of gentlemanly sophistication one minute, followed by his childish temperament the next), but these additional elements feel like layers to the character he always was, as opposed to a total gearshift into someone else.

While I’m a fan of all of the villain’s character designs over the years (except maybe the Sonic ’06 one), the original design is still the best in my opinion. Like Sonic himself, Robotnik’s original design was so simple, but said so much about him. Sega took one of their initial concept designs for their would-be Mario rival (based on Teddy Roosevelt… because I guess Teddy Roosevelt kind of looks like Mario?) and used it as the villain once Sonic himself came to fruition.

Sonic was an animal, so Robotnik was a man. Sonic was youthful, so Robotnik was middle-aged. Sonic was free, so Robotnik was oppressive. And   his original character design, though simple, wonderfully portrayed this. His beady glasses/eyes, big mustache, and often expressionless face (unless he was showing off those pearly whites) made his appearance kid friendly enough. But that same expressionlessness also conveyed a coldness. A laser-focused menace hellbent on oppressing all life through machines.

Yeah, Robotnik has had some redesigns over the years. But he is today, like he was back in 1991, the greatest Sonic the Hedgehog character.