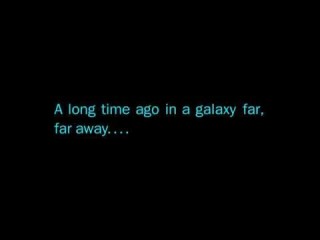 Wizard Dojo is a blog primarily dedicated to video games and animated films (though non-animated films and other pop culture stuff might pop up from time to time). Here you will find reviews, top 5/10 lists, and other such musings on the worlds of gaming and animated cinema. Wizard Dojo strives to have a respectful and loving approach to its subject matter, in an attempt to avoid the cynical and mocking nature of most sites that cover such things (especially video games). That’s not to say that we’re pushovers. No sir! The Dojo simply wishes to show respect and gratitude to the mediums it loves. There may be a dash of light humor here and there (or at least what I think constitutes humor), but nothing mocking or snarky to the mediums themselves. So stay a while, and listen.

About the Name “Wizard Dojo”

I’ve always been pretty bad when it comes to naming things, and when I was trying to get this site up and running, its launch was delayed for months simply because I couldn’t think of a name for it.

Originally, I was trying to go for a name that simply said what this site was. Because this site is primarily dedicated to video games and animated films, I tried to think of something that would make that obvious. Unfortunately, I couldn’t think of a title that covered both video games and animated films that wasn’t ridiculously long, and giving it a name that implied only one of mediums felt unfair to the other.

So I decided to go in another direction with the name. I happened to be watching one of the old episodes of The Simpsons around that time (because the new episodes are just awful), and remembered that Springfield’s comic book store is called “The Android’s Dungeon.” I then decided to name my new site something like that. A name that would imply the nerdy contents within, but do so in a non-specific way, while also being simple and easy to remember.

Somehow or another, this lead me to come up with “Wizard Dojo.” Because let’s face it, a dojo full of wizards would be the coolest thing ever. I also feel it somehow fits with my writing and the things I’m writing about.

Dislikes: Hipsters and cynics, The Naruto run, Goku’s Japanese voice (dear lord! My ears!), Microtransactions, Esports, the idea that Esports should be in the Olympics, Super Smash Bros’ current mentality of favoring characters that have little to nothing to do with Nintendo and its pandering to competitive gaming over fun, the 2008 film The Love Guru.

Born of cold and winter air and mountain rain combining, the man responsible for this site is an ancient sorcerer from a long-forgotten realm. He’s more machine now than man, twisted and evil.

Or, you know, he’s just some guy who loves video games and movies and wanted to write about such things.

TheManCalledScott, as he is referred, has actually been blogging for a few years now. He launched Wizard Dojo on Christmas 2014 to start things fresh, and hopes to give this site a sense of credibility that matches his undying love of video games and animation. Though his ability to do just that is up for debate.

All pictures used on this site belong to their respective owners.