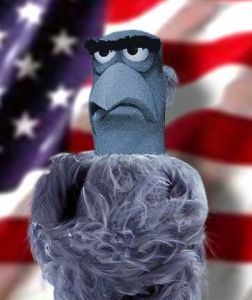 I’m in the process of writing a few different reviews and other such things, but wanted to post something in the interim. And since I didn’t want to do another blatantly filler post, and its been a while since I wrote something festive (not counting Banjo-Kazooie’s introduction in Super Smash Bros., which should now be recognized as an international holiday). So a July 4th post just made sense. After all, I am a proud American citizen, so why not celebrate this awesome country’s birthday on this site?

I hope everyone has a happy Independence Day, eat lots of good food, set off awesome fireworks, and have some nice get-togethers and party! Just don’t party too hard…drive safely.

As for what’s in store for Wizard Dojo in July, well, as I said in the last post, my next movie reviews will probably be for Toy Story 4 and Spider-Man: Far From Home, and maybe a few older movies as well if I can get around to them. I have a number of video games to review, including some you may not expect. I’m slowly but surely making my way through Sekiro, Crash Team Racing and Super Mario Maker 2. Not sure if I’ll review all three within July, but I’ll try to get to at least one of them. And finally, I hope to follow through with a Top 10 List of some sort this month. At any rate, I’m hoping to make July more productive for the Dojo than June was.

But enough about that. We’re here for America! Hamburgers and cowboys and apple pie and blockbuster franchises and eagles and fireworks and Jazz and super heroes. Y’know, American stuff.

Have a happy fourth of July, my fellow Americans. And for those of you from  around the world, have a great day as well.