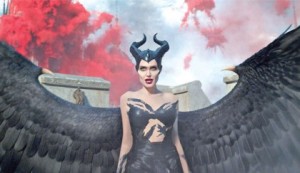 2019 has certainly been a busy year for Disney, and that is notably true of the Mouse House’s recent trend of remaking their animated classics. Dumbo and Aladdin both received live-action makeovers, while the Lion King got its own Not-Actually-Live-Action-But-Disney-Likes-To-Pretend-It-Is remake. Capping off the quartet of theatrically released Disney remakes of 2019 is a sequel to one of Disney’s earlier efforts in adapting one of their animated features of the past to a contemporary live-action film, 2014’s Maleficent.

You may be wondering if Maleficent needed a sequel. And the answer is no, it didn’t. Nor do I believe there was any particular demand for one. But that’s okay, not every movie has to be “necessary” to be enjoyable, and even though Hollywood still likes to believe there’s a stigma to sequels (because how dare these movies make them money?), there have been plenty of great movie sequels over the years. While Maleficent: Mistress of Evil may not be among those great sequels, it is a serviceable one that is on par with its predecessor. So if you liked the first Maleficent, then Mistress of Evil isn’t going to take anything away from that, even if it doesn’t necessarily improve on anything. Unnecessary it may be, at the very least, Mistress of Evil’s standing as a sequel to the 2014 film at least means it’s a live-action adaptation of a Disney animated film that isn’t a direct remake. So that’s something.

Appropriately set five years after the first film, Mistress of Evil sees its titular Dark Fairy, Maleficent (Angelina Jolie), having become something of the adoptive mother of Aurora (Elle Fanning). Although Maleficent cursed Aurora into an eternal slumber, she ended up breaking her own curse with “true love’s kiss” (the mother/daughter spin on the material actually being pretty novel). Despite her good deeds, all people remember of Maleficent’s story is that she cursed Aurora, and she is still feared among many kingdoms.

Maleficent has crowned Aurora queen of the Moors (the magical forest realm), and soon enough, Prince Phillip (Harris Dickinson) from the human kingdom of Ulstead, proposes to Aurora, and the two are set to be wed. Diaval (Sam Riley), Maleficent’s raven-turned-manservant, informs the dark fairy of Aurora’s betrothal, which doesn’t sit too well with her. Maleficent still doesn’t believe in love, though she wants Aurora to be happy more than anything, and so agrees to meet the king and queen of Ulstead.

That’s right, the sequel to the movie centered on one of Disney’s most iconic villains is about meeting the in-laws. Strange as it may sound, it’s a fun premise for a fairy tale, even if Shrek 2 beat it to the punch by fifteen years (though considering there’s not really been another such fairy tale since, and this film centers around a villain, it’s still covering pretty fertile ground).

As you might expect, things don’t go so well. Though Phillip’s father, King John (Robert Lindsey) is alright, his mother, Queen Ingrith (Michelle Pfeiffer), has a not-too-subtle prejudice against magic folk. Ingrith brings out the worst in Maleficent, who then goes into full villain mode. When it appears Maleficent has placed a sleeping curse upon King John, she is exiled from the kingdom, and Aurora’s faith in her mother figure is shaken. The king’s curse – and the framing of Maleficent – are Queen Ingrith’s doing, as she plots to start a war with the Moors. Suffice to say, meeting the in-laws escalated quickly.

The plot is a bit silly, but it’s well-intentioned. On the plus sides, Aurora is finally given the opportunity to develop as a character (it only took the sequel to the remake to get there). The performances – particularly of Jolie, Pfeiffer and Fanning – are memorable. And as stated, it’s kind of nice to see these familiar characters featured in a different story than that of Sleeping Beauty. On the downside, the plot takes a largely unnecessary detour when Maleficent goes into exile and encounters the remaining Dark Fairies of the world, and as much as this series has tried to subvert Disney traditions, both Maleficent and now Mistress of Evil feature the Mouse House’s oft criticized “evil parent” archetype more prominently than perhaps any of the studio’s animated features ever did (I speak not of Maleficent, but of King Stephen in the first film, and Ingrith in this sequel).

It’s that aforementioned sub-plot with the other Dark Fairies that is the film’s biggest undoing. Not only does it give us even more characters in an already crowded movie, but it also takes too much time to explain things that really aren’t necessary. For example, we find out that Dark Fairies are descendants of the Phoenix, and that Maleficent is the most powerful Dark Fairy  because she’s a direct descendant of said flaming bird monster. Like, why is that important? Why do we need an explanation for why Maleficent is the most powerful fairy? Why can’t  her magic just be the strongest and that’s all there is to it? And why a phoenix? Given the Maleficent character’s long-standing association with dragons, why not make it a dragon since the first Maleficent movie already denied us of that?

Am I getting sidetracked? Not any more than the movie itself.

The other big problem is, like the first movie, the visual effects still leave a lot to be desired. It’s not bad CG per se, but the creatures just look artificial. They don’t meld into the picture with the live actors, they stand out as visual effects in a garish way. This time around, Aurora’s fairy godmothers; Knotgrass the red fairy (Imelda Staunton), Thistlewit the green fairy (Juno Temple), and Flittle the blue fairy (Lesley Manville) no longer take on their human forms, so we’re stuck with seeing their uncanny valley versions throughout the entire movie. And a new character – a hedgehog-like creature called Pinto – joins in the proceedings, along with a mushroom creature. They’re obviously supposed to be filling the role of cutesy animal sidekicks, but the cuteness never shines through the glaringly artificial CG. It’s a similar complaint I have to the Harry Potter series, where every magic creature is unpleasant to look at. Though I suppose the creatures here aren’t all outright grotesque, so I guess the Moors are a step up from Hogwarts.

With all these complaints, however, I admit I still had some fun with Maleficent: Mistress of Evil. Again, the performances are good and it’s nice to see the characters working in some form of new material. And even when the Dark Fairy sub-plot enters the realms of gobbledygook, it’s at least the kind of needless nonsense I can have fun with (I actually got a kick out of the whole Phoenix stuff, pointless though it may be).

Maleficent: Mistress of Evil is not a great movie, or a particularly good sequel. But y’know, if you liked the first film, Mistress of Evil does give you more of what you want. And I don’t think it’s any worse than its predecessor, either. It’s a perfectly serviceable sequel for its fans, if maybe not anything more. But hey, that certainly beats whatever Fantastic Beasts: The Crimes of Grindelwald was.