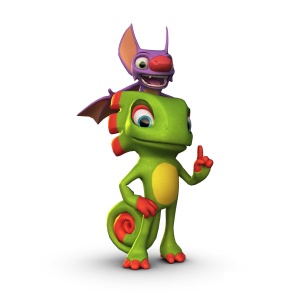 Yooka-Laylee, the Kickstarter darling from Playtonic Games, has already gained an impressive following for its ambitions to revive the 3D platforming genre of the N64 days. It’s also aiming to resurrect the old video game tradition of having two heroes share the spotlight. This got me thinking of some of the other great video game duos over the years, so I decided to compile a list of the top 10 twosomes in gaming.

The only real qualification for this list was that the two characters have to share in their adventures together. They can be two equal heroes or a hero/sidekick combo, but they have to both brave their adventures on a somewhat even level. Solid Snake and Otacon won’t be here, for example, because while Otacon may help Snake in some valuable ways, it’s usually from the sidelines.

Also, as much as I already love them, Yooka and Laylee won’t be here for the obvious reason that their game isn’t anywhere near release. Only established games for now.

Let’s get to it then. END_OF_DOCUMENT_TOKEN_TO_BE_REPLACED 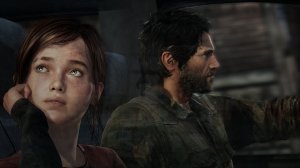 While video games and zombie apocalypses are certainly no strangers to each other, The Last of Us attempts to rise above the oversaturated genre by telling a more compelling, mature story and a deep gameplay experience. And though it doesn’t always hit the mark in gameplay, and its story may fall short of its ambitions, The Last of Us nonetheless provides another solid entry in Naughty Dog’s catalogue.

The story of The Last of Us sees the world overrun by an incurable outbreak that turns people into zombie-like creatures, sending the world into chaos. In the early years of the outbreak, a man named Joel lost his daughter – not to the infected, but to a soldier – as they tried to find safety. As the years pass, the loss of his daughter has turned Joel into a bitter and hopeless man. Eventually, Joel finds himself in the company of a girl named Ellie. Ellie could be humanity’s salvation, as she is immune to the deadly infection. It becomes Joel’s mission to escort Ellie to a research facility, so that she might be studied and a cure can be found.

Of course, the plot unravels into something a bit more complex – both narratively and emotionally – and includes twists and turns, deranged villains, and the experience of one loss after another. But what makes the story of The Last of Us escalate into something more is the core relationship between Joel and Ellie. Ellie becomes something of a surrogate daughter to Joel, and their interactions and banters can come off as something smart and heartfelt. The game is wise enough to provide some quieter moments of character development between the two of them, and not just focus on the dread of the apocalypse.

On the downside of things, when the apocalypse is brought into the picture, The Last of Us falls into incredibly cliched territory. It becomes yet another showcase of “the zombies aren’t the real threat, the survivors are!” which has to rank among the most tired of genre tropes. Wouldn’t it be neat if, for once, the zombies were the ultimate evil in a zombie story, thus leaving the narrative free to explore new themes and not simply tread the same road of nihilism and pessimism that’s been treaded a thousand times before? Even the death of Joel’s daughter is used more as a means to justify Joel’s violence towards the bad guys than it is contemplative on the actual nature of loss. For a game that presents itself (and has been acclaimed as) a forward-thinking , giant leap in the medium’s narrative abilities, The Last of Us frequently stumbles when it comes to expressing any themes and all too often falls prey to the genre’s most familiar territory.

Thankfully, the gameplay fairs a bit better. The Last of Us is a third-person action shooter, like so many games of today. But it sets itself apart from the crowd for rewarding patience and strategic pacing over simply shooting everything in sight. Some of Naughty Dog’s quirky controls are still present, with Joel seemingly magnetizing to any object in which he can take cover, but at least it’s not simply a case of just shooting everything.

Ellie, as well as a few other occasional allies, aid Joel with items and backup support in combat. Ellie’s presence ensures that the story is weaved into the game at all times, but she and the other friendlies also give the game more urgency, as their safety is as important as Joel’s. Joel’s allies help him out, and players must make sure he in turn helps them.

Unfortunately, with these allies comes one of The Last of Us’ big drawbacks: The friendly AI isn’t always reliable, and you’ll often find that you’re walking a mile ahead of your partners, as they’ve wandered behind or got stuck after a hectic encounter. The friendly AI never feels broken, but it can get distracting when you’re trying to hear one of Joel and Ellie’s conversations, only to resort to reading Ellie’s subtitles, as she’s so far away her voice is only audible in a distant mumble.

Multiplayer comes in three varieties: ‘Supply Raid’ and ‘Survivors’ both serve as team death matches, and see two factions of players facing off against each other, using the same guns, melee weapons and makeshift explosives found in the story mode to try to outwit and terminate the opposing team, with Survivors being notable for its lack of respawning. The third mode is ‘Interrogation’ in which players “interrogate” their rivals after their defeat to learn the location of the opposing team’s lockbox. The team that captures their opponent’s lockbox wins. All three multiplayer modes are engaging, and give the game even more longevity and depth than it would already have.

The Last of Us is a hefty gaming experience, complimented by a memorable musical score and detailed visuals. There are more than a few downsides however: The inconsistent AI of ally characters, the story falls prey to the same old tired themes of zombie stories, with the introduction of a primary antagonist late into the game feeling downright excessive. A number of instances where Joel is required to push Ellie on a makeshift raft are fun at first, but as they increase in frequency they begin to affect the pace of the game.

There’s a lot holding The Last of Us back from being among the ‘greatest games of all time’ like it has often been touted (and how it often seems to tout itself). But there’s enough quality in the gameplay and multiplayer to justify Naughty Dog’s efforts.