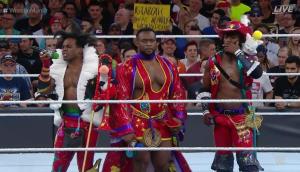 As a whole, I thought it was one of the better WrestleManias of recent years. Admittedly, the build-up could have used some extra work (as was the case for the past few years), but in terms of execution, it was probably one of the most consistent WrestleManias I can recall. I don’t think there were any matches that will go down as classics (which is, quite worryingly, a trend of the past few Manias), but there was also nothing really bad about it. There were no duds, and that’s always a bonus. END_OF_DOCUMENT_TOKEN_TO_BE_REPLACED