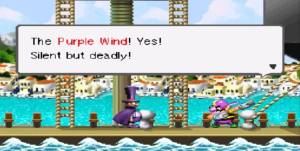 The mid-to-late 2000s saw a new boom period for Nintendo, thanks to the successes of the Wii and the Nintendo DS, which introduced new innovations to gameplay and brought a much broader appeal to the video game world. The downside to this, however, is that these new gameplay ideas – like the Wii’s motion controls and the DS touchscreen – took some time for some developers to get the hang of. As odd as it may sound in retrospect, considering it became Nintendo’s best-selling system of all-time, the Nintendo DS had a particularly rough start, with its first few months on the market being starved of a title that justified its touch-based bottom screen.

As history tells us, the Nintendo DS did eventually find its groove and held onto its momentum. But even after the DS became a success story, there was still the occasional title that harkened back to those early days of the handheld, with games that stumbled trying to understand the hardware.

Similar to the Wario Land series, Wario: Master of Disguise sees the mustachioed villain don different forms in order to access different locations of the game’s various levels. Unlike Wario Land, however, Wario doesn’t gain these forms via enemy attacks or power-ups, but by the player drawing different symbols to switch Wario into one of his many disguises.

Wario’s default form is “Thief Wario” which allows him to jump higher than the other forms. There’s also “Genius Wario,” which allows our anti-Mario to see invisible objects. “Cosmic Wario” can shoot enemies with a laser gun. “Arty Wario” can draw large blocks that serve as platforms and can be used to press buttons that Wario can’t reach. And so on and so forth.

I like the idea of a platformer that has what are essentially permanent power-ups that can be switch to at any time. The problem with Wario: Master of Disguise’s costumes is in its execution. The earlier disguises use simple enough shapes to draw, like circles and checkmarks, but the later disguises are a little trickier. It’s not that the symbols themselves are particularly complex, but they often require pinpoint accuracy and precision in order for the game to recognize them. This is made all the trickier when you consider that you have to draw these symbols directly on top of Wario, as the rest of the screen is used to perform each disguise’s special ability with the touch controls.

What of the DS’s buttons? They’re used to move Wario around, same as the D-Pad. As you could probably guess, it feels a bit awkward, especially since jumping is performed by pressing up on the D-Pad (or X, the top button of the DS’s face buttons), which only ever feels clunky in anything but fighting games.

It just doesn’t make much sense. You have all these buttons, but all they do is move Wario, which the D-Pad already does. I can understand some of the disguise abilities being used with the touch screen (such as Arty Wario’s ability), but the game would have flowed a lot smoother if just some of Wario’s moves were mapped to the buttons. In case you’re wondering, yes, even Wario’s traditional charge attack is performed by tapping the touchscreen (while in Thief Wario form).

I have to repeat that, between the small amount of available space to draw the symbols, and how unresponsive the touch controls can be, it all becomes a bit of a mess. You’ll perform abilities when you’re trying to change costumes, switch to a disguise different from the one you wanted, or just fail to do anything. A few of the abilities – or just switching costumes – utilizing touch controls would be fine, but Wario: Master of Disguise is far too reliant on them. And seeing as they aren’t all that refined, the touch controls become all the more troublesome.

Wario: Master of Disguise faces other unfortunate problems as well. Though  previous levels can be replayed after gaining new disguises, thus opening up more areas of said completed stages, the level design is so convoluted you may not be too enticed to do the backtracking. While each level can provide some fun platforming, and even feature their own distinct goals, the layout of the stages is often cryptic and confusing. It can get so bad that I found myself stuck for over an hour and a half on some levels, just because it was so vague as to what I was supposed to be doing.

The ultimate goal of the game is to claim treasures hidden in chests throughout the stages. Unfortunately, even that simple premise is made more complicated than it needs to be. Every time the player opens a treasure chest (by, you guessed it, tapping the touchscreen), they are thrown into a touch screen-based mini-game. These aren’t the fun and creative mini-games of WarioWare, either. Instead, you get generic mini-games that you could have played in any of the DS’s launch titles, such as panel flipping and line tracing. Should you lose the mini-game, the treasure chest threatens to damage Wario with bombs. But after the bombs explode, you can just try again anyway, so what’s the point of having the penalty at all?

Another issue with Master of Disguise – as odd as it sounds – is its story. Now, this is a Wario game, so of course the story is ludicrous nonsense. That would be par for the course on its own, but the game just spends way, way too much time with the story.

Basically, Wario is watching TV and sees a show about a master thief named Count Cannoli. Knowing he could do the thief’s job better, Wario builds a helmet that allows him to travel into the TV show, in order to show the thief how it’s done (raising the question as to why Wario doesn’t just patent his miracle technology to earn a fortune). Wario ends up stealing the thief’s magic wand (which allows Wario to transform into his various disguises), and both Wario and Count Cannoli engage in a competition to retrieve pieces of a “Wishstone” that, when completed, will grant them a wish.

Normally, I’d be fine with Wario having such an insane story as traveling inside a TV show and altering that show’s ‘reality.’ But again, Master of Disguise, perhaps more so than any other Wario game, emphasizes this story. Not only does this mean barrages of overly-lengthy, flow-breaking text bombard the player at almost every turn, but what should be a delightfully weird plot just ends up raising confusing questions. If this wishing stone exists within the TV show, would a potential wish made by Wario only become reality within the TV show? Or would it affect Wario in his reality as well? I know I shouldn’t be overthinking the plot in a Wario game, but with how much emphasis Master of Disguise gives its plot, and the aforementioned quirks in gameplay preventing it from distracting from said plot, it gets kind of head-scratching. 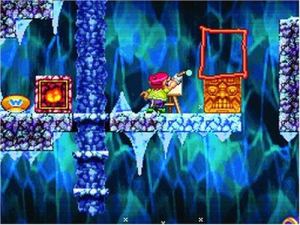 Wario: Master of Disguise has some merit. The concept of switching between permanent power-ups is a nice change of pace for platformers, and it’s kind of surprising Nintendo hasn’t revisited the idea. And the music is surprisingly good. But the insistence of the touch screen controls, which aren’t even reliable, really hinders the game. As does its convoluted level design and flow-breaking storyline.

Thankfully, 2007 also saw the release of WarioWare: Smooth Moves on Wii, with the next year also seeing Wario Land: Shake It! arrive on the same platform, so Wario still had his tried-and-true series to rely on and recover. But Wario: Master of Disguise is so mishandled in execution it may rank as the weakest outing from Nintendo’s garlic-munching anti-Mario to date.