In September of 1989, the world became a substantially greater place. That is to say, that’s when I was born.

It wasn’t long until I developed a deep love of video games, with my gaming life stretching back as far as I can remember. As the years have gone by, my love of video games has only intensified, as has my knowledge of them (at least I like to think so).

Starting around 2003, I decided to care more about what games I thought were best, or at least my favorites (which are the same as far as I’m concerned. MY WORD IS LAW!).  Specifically, I started to think about which games stood out the most to me in any given year. That is to say, my Game of the Years.

Since that time, I have retroactively named my favorite games of every year I have walked this Earth. From my days as a humble baby up to the present, I have more or less compiled a list of my Game of the Year from then to now.

Since I recently named my Game of the Year for 2015, I thought now would be a good time to share my Games of the Year from 1989 to 2015. Keep in mind that I go by the years of each game’s North American release, because I’m American.

Admittedly, some years aren’t as definitive as others, with a couple of the years being a toss up as it currently stands (again, many of these are retroactive, so if I catch up on a game from a particular year that I missed out the first time around, and it proves to be the best game I’ve played from that year, it will take the cake).

When the day comes that I feel those less decisive years become more definitive, I will create a new section of this site dedicated to my Game of the Years with more detailed descriptions of each. For now, I thought I’d shed some light on what I can in this post, especially seeing as I plan on revealing my favorite games of all time in the near future, I figured it made more sense to write about my Game of the Years before then.

So without further rambling, let’s hop aboard a DeLorean, boost up that Flux Capacitor, and hit 88 miles per hour. We’re going back to 1989!

Here are my Game of the Years from then to now (more or less). END_OF_DOCUMENT_TOKEN_TO_BE_REPLACED

Here you can find all of my 2016 Video Game Awards (celebrating the best of 2015) in one convenient place.

The Secret of Mana Award

And of course, Game of the Year.

2015 was a tremendous year in video games. We had AAA blockbusters, indie darlings, and games from all genres and categories reach great heights in quality.

Exceptionalist that I am, some games were undoubtedly better than others. Of all of 2015’s great games, these five stood out the most to me.

These five games, for one reason or another, proved to be the cream of the crop. They may not quite be the same games you’ll see dominate other people’s lists, but they are the games that had the most impact on me.

This award goes to a game that was released in a year prior to 2015, but that I didn’t play until 2015. The alternate “Secret of Mana” title comes from the fact that I first played Secret of Mana in 2012, a good nineteen years after its original release. Secret of Mana is a game I hold in high regard, yet I knew very little about it until I had a go at it on the Wii’s Virtual Console.

It’s true, there are other games I played later than their original release (including another favorite, Symphony of the Night). But the “Secret of Mana Award” just has a nice ring to it, don’t ya think?

Though somewhat ironically, this inaugural award goes to a game that was only released a year before I had the chance to play it. A far cry from nineteen, to be sure… 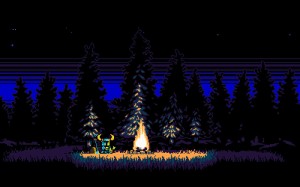 Shovel Knight is one of the best indie titles out there. A loving tribute to the 8-bit days of gaming, what makes Shovel Knight so special is how well it would fit in with the greats of its inspirational era like Castlevania, Mega Man, and Super Mario Bros. 3.

Shovel Knight boasts terrific gameplay, fantastic music, and a steep challenge that makes it one of the best indie games. And a worthy successor to the NES games it evokes.

There is no greater attribute to a great game than gameplay itself. After all, even the most profound video game narrative would be pointless if the game itself were a stinker. Similarly, a game entirely void of narrative can be made into a masterpiece through gameplay alone. Gameplay is the heart and soul of game design. The glue that holds a great game together. I admit, 2015’s Best Gameplay was a tough call, but in the end, there had to be one.

This award was really a coin toss between Super Mario Maker and Undertale. But while Undertale may be one of the most fun RPGs I’ve played, I have to give the edge to Super Mario Maker due to the fact that it made level editing itself fun.

Let’s be honest, as awesome as the idea of making your own video game is, most games that allow you to create your own piece of the experience tend to be pretty demanding and tedious, to the point that it can take away from the fun of making your own levels.

That’s not the case with Super Mario Maker, which implements simple drawing and drag-and-drop mechanics to make the process of creating levels as fun as playing them.

Not to mention that Mario Maker features gameplay from some of the best platformers of all time. So there’s that.

Still, I have to give Undertale a special mention for giving a sense of interactivity to turn-based battles that’s usually reserved for the Mario RPGs, and for making every encounter a unique experience.

We often take for granted how important sound effects are to video games. They can add so much immersion to the gaming experience, and help create the worlds within the games themselves. 2015’s Best Sound came from a pretty expected source.

FromSoftware is no stranger to great sound effects. In fact, just last year I awarded Dark Souls 2 with this same award! And if I could go back and retroactively award Best Sound for 2009 and 2011, they would probably go to Demon Souls and Dark Souls.

Simply put, the “Souls” series, and this spiritual sequel, know how to build a world through sound effects. The gurgling roars of an unknown monster lurking around the corner, the clang of a chain dragging across the floor by an enemy in the distance, even the simple creaking of a door helps establish the dark and dreary moods of Bloodborne.

Whether it’s all crammed in the box from the get-go, added through DLC, or the product of player creation, video game developers are always trying to find ways to provide bang for your buck these days. Some times, these efforts can just feel like bloated padding. Other times, they succeed in giving a game a great sense of longevity. As far as 2015 goes, it’s no question which game will have me coming back for years to come. 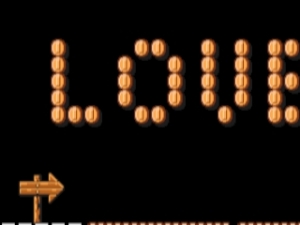 Do I really need to give an explanation here? Can’t I just say “lol infinite Mario levels” and basically say it all? Alright, I guess I’ll say a little more.

Nintendo really pulled out the stops with Super Mario Maker, delivering an accessible level editing tool that still retains a strong sense of depth. You can spend less than an hour or several days making a single level, and still produce a masterpiece.

Though not every level is bound to be good (there are way too many troll levels out there), Super Mario Maker’s star system encourages players to make levels that others will want to play by rewarding them with the ability to make more levels. So there’s always reason to delve deeper into those creation tools and get your creative juices pumping.

If, for some reason, the idea of making Mario levels doesn’t entice you (in which case you’re a terrible, terrible person), you can always just play endless amounts of levels made by players from all over the world. There’s never a shortage of things to do.

In short. It’s endless Mario. What’s not to love?

Wizard Dojo
Create a free website or blog at WordPress.com.