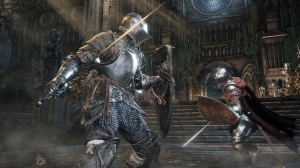 Let’s get this out of the way, all of the Souls games have exceptional music, and Dark Souls III may just boast the best soundtrack in the series. Every menacing boss has an equally menacing themes to go with them, every environment is filled with atmospheric tunes, and every breathtaking, controller-throwing moment is made into something more thanks to the phenomenal soundtrack that accompanies each and every last one of them.

In a year that also saw such great soundtracks as Stardew Valley and Paper Mario: Color Splash, Dark Souls III stands as the most audibly triumphant title of 2016.