With all the awards I’ve been giving to the video games of 2018, it’s time to give one to the platforms we play them on.

I’m not one for console wars. Sure, I have my favorite gaming consoles (two of which are currently the biggest sellers on the market), but I feel it’s immature to claim one brand superior to another just because. The people who shame Nintendo for being “kiddy” warrant that very pejorative more so than anything Nintendo has ever made. And those who make similar claims against Playstation or Xbox aren’t any better.

But this isn’t about console wars, it’s just awarding the console I feel was the most consistent over the calendar year that was 2018. So without further ado… here’s that! 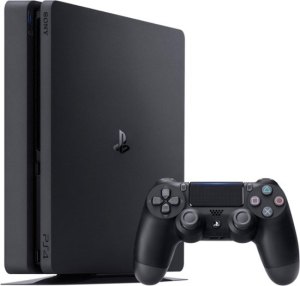 While the Nintendo Switch definitely had a great sophomore year in 2018, it did admittedly not quite reach the heights it did in its unparalleled debut year of 2017. Playstation 4, meanwhile, may have had its best year yet.

Between God of War and Marvel’s Spider-Man, the Playstation 4 received two of its best exclusives to date. Ni No Kuni 2 and Tetris Effect also proved to be memorable exclusives. Not to mention the absolutely beautiful Shadow of the Colossus remake. On top of that, the PS4 also saw great Multiplatform releases like Red Dead Redemption 2.

For all the murmurs we keep hearing about a Playstation 5, I find it kind of hard to care too much about that at the moment. The Playstation 4 clearly has plenty of life left in it. No need to rush the next generation when the current one is still thriving so strongly.