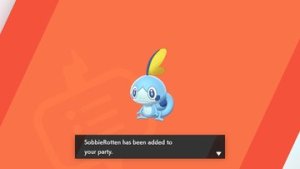 I love Pokemon. I really do.

I love its ever-increasing bestiary of cute and cool creatures, I have a nostalgic love for the TV series, I love the success the franchise has found, I love it as an IP and franchise. I just love the very concept of Pokemon. But recently, I’ve come to a realization…

I know, that sounds contradictory, considering the Pokemon video games are the origins of the series and, as such, the actual heart and soul of the franchise. But no matter how hard I’ve tried, I find it difficult to get invested in the Pokemon games.

Okay, so I have many a fond memory of Pokemon Red and Blue, and Gold and Silver. I also fondly look back at the Diamond and Pearl generation. I even love some of the spinoffs, with Pokemon Snap in particular – while maybe not a finely aged game – being one I’ve long wished would receive a sequel. Of course, the Pokemon game I’ve easily invested the most time into is… Pokemon Go.

That might sum up my stance on the series, that my most played entry in all of Pokemon is the cellphone game that “isn’t a real Pokemon game.” But hey, Pokemon Go makes for a nice secondary activity when going on walks, so it’s found its way into my daily activity. It may not boast the complexity of the “real” Pokemon games, but it keeps finding ways for me to revisit it pretty regularly, if even just for a few minutes at a time. 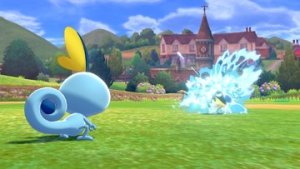 The “core” Pokemon games, however, have consistently failed to grab me in the same way. I don’t think they’re bad games outright, but I do feel that – while the character designs of the Pokemon may continue to show inspiration – the games themselves are creatively lazy. That becomes all the more glaring when you remember this is a Nintendo franchise, and Nintendo is a label that usually indicates an inventive spirit (whether they sink or swim usually depends on execution).

Despite being a series that has an emphasis on the evolutions of its titular creatures, Pokemon is – quite ironically – Nintendo’s most un-evolving series. Super Mario and The Legend of Zelda have been around longer, and yet, they continue to create experiences that feel fresh and new to this day. There is a clear distinction between one Mario or Zelda game and the next. But with the exception of the graphical updates and additional creatures, Pokemon still feels like the same experience it was back in 1998 (or 1996 in Japan).

Some might highlight Pokemon’s status as a “second-party” series, and not one made by Nintendo themselves. But just because it isn’t literally made by Nintendo doesn’t mean its developers couldn’t learn a thing or two from Nintendo’s other prominent properties (after all, the Kirby series may not have reached the same heights as Mario or Zelda, but it still shows a similar creative spirit, even as a second-party franchise).

Yes, there have been marginal tweaks to the Pokemon games here and there, and the hardcore Pokemon enthusiast would no doubt point out some obscure difference in the game’s “meta scene” from past installments. But there’s nothing that actually makes the games feel or play differently than they always did.

It happens every time a new generation of “proper” Pokemon games are announced. I always tell myself “This is it. This is going to be the Pokemon generation that draws me back into the series in the same way it did in its booming early years.” And every time, without fail, the games end up trying my patience with their outdated structure and repetitive gameplay. I want to love these Pokemon games. I really do. But they feel so complacent. So sure of their success (guess I can’t argue there) that they don’t feel the need to invent or reinvent anything about themselves. Every time I play a new Pokemon entry, there’s a huge sense of “been there, done that” about the whole thing.

Sure, Pokemon games may be “bigger” than they were back in the day, given all the advancements to hardware that have occurred over the years. But every new Pokemon game feels bigger than the last for all the wrong reasons. It’s the same exact experience, but bloated and dragged out.

For example, Pokemon Sword and Shield, the most recent installments of the main series, looked so promising from a distance: A mainline Pokemon game that can take advantage of being on a home console? Hot dog! Think of the possibilities!

In execution, however, Pokemon Sword (the version I purchased) feels like it simply redrew the same old Pokemon blueprint, but just drew it on a much bigger sheet. It feels ridiculously padded. I’m talking Uncharted 3 cruise ship chapters/Red Dead Redemption 2’s unnecessary trip to Guarma levels of padded!

It’s one thing if, in an RPG, I willingly sidetrack myself with secondary objectives or farming enemies (even in Pokemon Diamond, I took the time to level up a Machamp to the max). But every new Pokemon game feels like it forces me to do more and more things in between going from point A to point B. Most of which feel needless.

Going back to my point in Pokemon Sword, the entire introduction segment felt like I had to do two dozen objectives before I was even allowed to begin heading towards the first gym (although I admit it wasn’t as ungodly long as the introduction of Pokemon Sun and Moon). Not to mention that every last character has to rant on and on about the mechanics of the series which everyone and their grandmother is familiar with by this point (okay, I get it. New fans are going to be introduced with each new entry. But for a series this popular, can they at least have an option for veteran players to ignore the never-ending walls of text that explain the basics of the series? At the very least, can they give the ability to shorten the dialogue?)

When I eventually managed to slog my way through the first gym (with my starting Pokemon already feeling ridiculously overpowered), the path to the second gym was actually pretty short. With a sigh of relief, I thought “okay, so it just had a slow beginning, but now I can just zoom through the story if I want.” Seeing as most Pokemon fans seem to insist the real fun begins after the “story” aspect of the game is complete, I didn’t feel the need to drag the story out. But then what happens as soon as I approach the door to the second gym? I read a sign telling me that I can’t go inside the second gym until I go do some other pointless task first! That’s some Skyward Sword levels of tedium!

It was in that moment when I turned the game off and, as of this writing, I haven’t played Pokemon Sword since. I feel a little bad saying that. Again, I don’t think the Pokemon formula is bad, just one that needs to add some actual change and depth to it, instead of just dragging out the same old same old and calling it new.

I want to go back to Pokemon Sword. I would like to beat the story and review it here on this site. But every time I think about going back to play it, I remember how bland and tedious the experience was, and I feel like I just don’t want to bother and put in that kind of time.

Think about that for a second. This is a series with hundreds of charming creatures throwing lightning and water at each other. In concept, that is so much fun! But in execution, it feels like an absolute chore to get through. It would be one thing if Pokemon Sword were the first experience I had like this with the series, but the truth is it’s happened with pretty much every entry post-Gold and Silver, and it has been happening earlier and earlier within each subsequent entry (again, I at least took the time to max out a Pokemon in Diamond and Pearl, but now I just feel like throwing my hands in the air after the first gym).

So many people are still so obsessed and engrossed with all things Pokemon. I so desperately would like to be among them, and to get the same joy out of the Pokemon games that they do. I may love the concept of the series itself and its creatures. The old episodes of the TV series – and especially the original theme song – give me a uniquely strong sense of nostalgia (as in, it doesn’t just remind me of my childhood, but emotionally takes me back to it, even if the series isn’t what I would call great television). I still play Pokemon Go and long for a Pokemon Snap sequel. And yet, I just can’t bring myself to enjoy the mainline Pokemon video games.

I want to like them. I try to like them. But time and time again, the Pokemon games leave me feeling disappointed with their padded, outdated structures, and their ironic refusal to evolve.

It’s weird, because the video games are the origin and the core of the Pokemon franchise. But it’s the one aspect of the series that continuously leaves me cold. Imagine if someone liked the Star Wars TV shows and video games, but didn’t like any of the Star Wars movies (even the good ones). That’s what my relationship with Pokemon is like.

Maybe one day I’ll work up the patience to finish Pokemon Sword, but I’ve said that about other Pokemon titles in the past, and a new entry would be released before I ever got around to revisiting the previous one.

I love Pokemon. But no matter how hard I try, I can’t bring myself to love the Pokemon games. If I could somehow bottle up the feeling the franchise itself gives me, and sprinkle it onto the games, I would. Sadly, the nature of Pokemon itself may speak to my inner child, but the games have continued to bring out the curmudgeonly old man in me.

2 thoughts on “My Complicated Relationship with Pokemon”